“Making a Murderer”, the 10 part Netflix documentary on the Steven Avery murder case is a case that continues to keep one of Avery’s attorneys up at night, almost a decade later.

Attorney Dean Strang was a key player in the series involving the conviction and life sentence of Avery for the killing of photographer Teresa Halbach.

“It’s a case that still keeps me up,” he says. “At some selfish level, I’d love to forget a lot about it. But you can’t and of course I don’t really want to.”

The documentary involves a twist-filled case involving Avery, who was wrongfully convicted in 1985 conviction for sexual assault was overturned.

To this day, Avery vigorously maintains his innocence and believes he was framed in retribution for filing a $36 million lawsuit against the county and authorities, which he ultimately settled for $400,000.

“There are just enduring questions about whether Steven committed this murder,” says Strang, adding that no other suspects ever presented themselves. “I’ve thought about it a lot because if there was really any compelling evidence that Person A or Person B did it, we would have pursued that. But… I never felt like I had a prosecutable case against anyone else.” 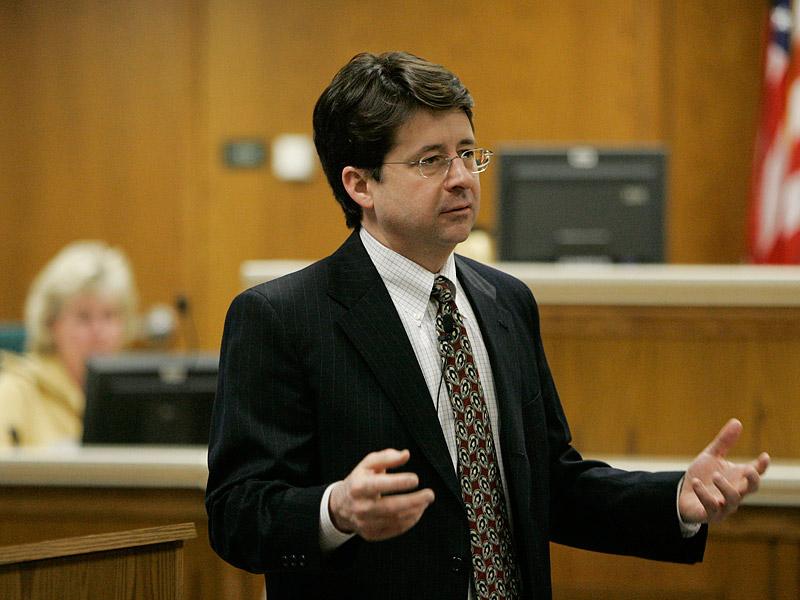 So what are Strang’s regrets about his defense of Avery?

The main one is not being in a better position to have prepared for the blood test results and in particular the vial of blood from Avery that was found inside an unsecured area of the Manitowoc County Clerks of Courts office.  It was both unsealed and, as the film alleges, tampered with.

Avery’s blood, which was found inside Halbach’s car, was a crucial piece of evidence in the case against Avery. But Avery’s lawyers alleged that the blood had been planted, taken from the 11-year-old, unsecured vial.

What Avery’s attorneys didn’t predict, however, was that the state would test the blood for EDTA, a preservative that prevents blood from coagulating. “We didn’t necessarily anticipate as well as we should have that the prosecution would scramble to get some of testing on the blood vial and that the judge would…let them put in whatever they would get,” sats Strang. “We didn’t anticipate that well enough in advance and prepare for that eventuality.”

The blood tested from Halbach’s car ultimately showed no EDTA – but the defense believes that the prosecution’s methods were shaky and might have been refutable by defense experts had the defense known ahead of time. In June 2007, Avery was convicted of Halbach’s murder and sentenced to life in prison without the possibility of parole. He’s still fighting that conviction.

Strang hopes that new evidence could come to light now that the case has been thrust back into the spotlight. “If it’s real and helps the justice system get closer to the right result in this case, you hope that people will speak up,” he says.