Randerson to Pinochet And the Reverberating Judicial Fishing Epedition – Did Our New Chief Justice Just Get a “Fail” on the Fishing Expedition Case?

John Bowie – Up here in Rarotonga, where I’m currently warming my bones, there remains a banana-republic taint that provides the island the sort of charm expected in small, tropical countries.

We currently have accusations of a local MP accused of having a shotgun sawn off for some unspecified purpose and long after Winston Peters’ winebox uncorking up here there remains a whiff of mischief in some quarters.

But the Cooks are quietly satisfying both the low-end teeshirt-and-motorcycle crowd as well as their higher-end colleagues, like retired broadcaster Paul Henry who just set sail to Tonga in his $3 million ‘Olive’ (named after his mum).

All of which brings me to another jaunt on the high seas, the judicial venture involving Colin Craig counsel Stephen Mills QC and his former partner and judicial knight Sir Terence Arnold QC.

While the mere emetic mention of Colin Craig and his seemingly endless quest for litigious recognition is enough to have us all heaving and  dashing to the bathroom, the whole fishing expedition saga is far too Rarotongan for a country seeking to embrace a truly independent judiciary.

We know that bench and bar are closely intertwined, all of which makes the need for transparent justice so much more pivotal.

Bench and bar – Of course, no-one can vouch for politicians who are a varied bunch of ner-do-wells that we can vote out when they go mongre,  mad or both.  Jurists are altogether another story and we generally do very well by them indeed. But of course, being a small community, we 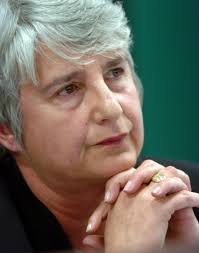 all know one another and so inevitable issues can arise that require what Dame Sian’s  Guidelines for Judicial Conduct (the Guidelines) were issued.

The recent Supreme Court decision has received some considerable debate, but certain important issues  remain that leave an odour of ‘old boys’ and justice not being seen to have been done.

We have spoken to or received a number of comments from highly seasoned barristers who have commented on the lack of judgment shown in this case and the misapprehensions it has caused..

One senior northern advocate advised that retired Justice Tony Randerson was the third judicial mate on the expedition and they expressed their concern that two such experienced judges would have countenanced a close-quarters, around-the-rum yachting adventure when a significant court decision involving two of them was pending.

One household name, non-legal professional who has spent a lifetime working with the country’s top lawyers  said that the Supreme Court should have simply admitted mistake and sought a rehearing on the basis of justice being seen to be done.

French farce – Another highly experienced barrister wrote about Justice Arnold’s “series of very bad decisions” relating to the trip, writing: “However, for so long as they all sit and hear cases where their old business partners appear as counsel in front of  them to argue, it will all continue along bordering somewhere between a French farce and charades.”

He argued that there are enough judges in the High Court and C ourt of Appeal to avoid the practice of judges sitting on cases where their old firms are for a party and where a former business partner of the judge appears as counsel.

Another wondered about Justice Arnold’s decision to make the trip, asking  “on what planet does anyone think that is okay?”

Another referred to the Pinochet case.

That case involved the merest sniff of bias  being enough to set aside a judgment.

As a barrister wrote:  “In the House of Lords Hoffmann sat on the Pinochet appeal. His wife worked as a volunteer for the financing arm of Amnesty International as a receptionist a few days a week . . When the connection was discovered, the judgment was set aside and the appeal re heard. Notice, first how remote the connection was. Second, notice how that is an example of apparent bias. The faintest hint is enough.”

The original hearing occurred in September 2018 with the sailing trip planned, but with no date specified as to when the planning occurred, but Jordan Williams’ barrister, Peter McKnight was contacted by Stephen Mills on 25 January 2019, three months’ prior to the judgment being issued in April.

The Court decided there was no need for an oral hearing despite the disputed facts about the precise nature of the consent provided by McKnight to Mills, none of which were regarded as “material”.

Surely contested matters of evidence needed to be thrashed out in a hearing.  For instance, there was no detail about how long this trip had been planned, what the emails between the friends said about the trip.

And shooting the blame home to Williams while ignoring the roles of the Judges and a senior counsel is hardly cricket, let alone justice

It is obviously true that non compliance with the Guidelines of itself does not comprise bias. While the guidelines necessarily recognise the ‘tradition’ of social contact between bench and bar, they require the  need for care to avoid direct social contact when lawyers are engaged in a current case before the judge.

The Court placed some weight on Williams’ “considered” consent to the sailing expedition, finding that “both relevant and significant”.

They also attempted to add some muscularity to its somewhat flimsy opinion regarding the consent by adding that what Williams had consented to was what in fact had occurred.

But all of that fails to recognise that while Williams’ application may have been opportunistic, “and both tactical and disqualifying” even (as Stephen Mills argued) it still failed to address the issue underlying this entire affair: the need for justice to be seen to be done and to be done impartially.

It was a matter that concerned the very essence of Dame Sian’s view on the need for the Guidelines, let alone judicial conduct and tradition, to reflect the fairness and impartiality that the man, woman or trans-gender on Lambton Quay would appropriately expect of judges at the country’s highest court.

Ignorance of the Guidelines is no excuse. Peter McKnight said his response would have been  different had he known of them. But the Court’s cavalier dismissal of the point that they are ‘publicly available’ hardly satisfies the appearance of justice being seen to be done in this case.

Certainly feedback and other matters we have received, from a number of senior barristers, is that the decision by Arnold J to go on his expedition was an ill-judged one, regardless of the view of his peers on the bench.

Avoiding the taint of rotten bananas is surely top-of-mind for any judicial officer.

No, I’m afraid our new Chief Justice and the highest court  is not covered in glory on this outing, with will forever carry a fishy taint.

Your views on the ‘Fishing Trip’? Let LawFuel know

1 thought on “The Judicial Fishing Expedition: “On what planet is that okay?””