Whistle blowing ex-partner Don Lewis has been insisting for over a year that Pierce is a “con man”; recent events appear to lend credence to Lewis’s claim. Some have opined that the firm’s high-profile clientele were suckered in by Pierce and others. 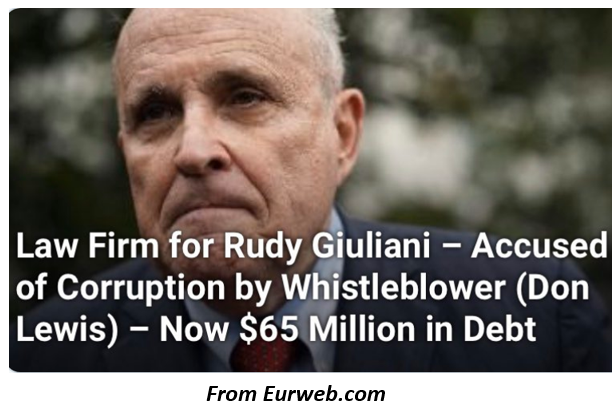 Lewis says after he blew the whistle on financial misconduct, the firm, with the assistance of some of his ex-partners and the firm’s legal representatives — Putney Twombly (Michael D. Yim) and Littler Mendelson (S. Jeanine Conley) — weaponized #MeToo to humiliate him and undermine his credibility.  Interestingly, Conley’s counsel oddly claimed the Lewis litigation, not his client’s own documented conduct, was causing “no manner of trouble” with Conley’s application to the South Carolina Bar.

With news of the $65 million debt, the debacle facing Bathee Dunne in the Southwest / Boeing matter, as well as Eric Creizman (Armstrong Teasedale) attacking LawFuel on Twitter, the visibility of the Pierce Bainbridge drama has heightened dramatically. (LawFuel provides a brief response to Creizman after the jump).

LawFuel will provide a multi-part “cast of characters” series. This is Part I:  The “Name Partners Edition.”

Title: “Global” Managing Partner (of a law firm with offices only in the U.S.) (Current.)

Past Firm Financial Obligation: Individually “liable for the full balance due to Pravati in the amount of $9,157,072.95” per a Pravati declared default by Pierce Bainbridge under a “funding agreement.”

General Issues:  Accused of substance abuse, dishonesty and general instability. Accused of a “Billion Dollar Lie” to litigation funder Pravati Capital LLC, reportedly allegedly mishandling funds in the sacred client trust account, and providing clients with unethical financial gifts.  Publicly ridiculed for declaring Pierce Bainbridge attorneys must have “kevlar skin with titanium at times” and be willing to “swallow some risk.” A NYC lawyer warned Pierce in Fall 2018 of trying to grow too fast and “ending up in jail.”

General Issues:  Little is known about his past.  Named defendant in an action by the Federal Trade Commission in the mid-1990’s; pegged ringleader of an alleged $80 million scheme. “Closest friend,” Daniel A. Fingarette (aka William A. Burke), also named by FTC; matter settled with an $11 million payment and no admission of guilt. Fingarette, according to Pierce, is involved in Pierce Bainbridge finances, and appears on e-mails with the name-partners. (More on the mysterious Fingarette and Bainbridge duo here.)

General Issues.  Accused of “spying” on Lewis’s e-mails.  Responsible for immediately locking Lewis out of his electronic firm communications, prior to a single conversation.  Received several written communications from Lewis, as did all of Lewis’s former partners, raising concerns about issues at the firm both prior to and subsequent to what Lewis says was his “illegal termination.” Price apparently did nothing to investigate or correct the alleged illicit activity.

Defendant: Individual defendant in at least three (3) lawsuits (one a proposed amendment), all contain allegations of financial malfeasance.

General Issues:  Called “like a cult” member by a partner. Posted rap video on his LinkedIn and captioned it “THE GREATEST LAW FIRM TESTIMONIAL IN THE HISTORY OF THE WORLD!!!!!”  (While the link was recently down, it appears to have been restored.)

More actors will be covered in the next edition of this Pierce Bainbridge “Who’s Who” Series.  Here is the promised response to Eric Creizman.

Addendum on Criticism from Creizman

First, Creizman was thrust very much into the pubic eye when Rudy Giuliani tweeted that he had retained Pierce Bainbridge, and specifically referenced Eric Creizman.

In addition, a press release for World Patent Marketing, refers to Creizman as a “Legendary New York Attorney.”  Naturally, such lofty status invites heightened scrutiny, and one would hope thicker, even perhaps “kevlar” skin, to use a Pierce expression.

Second, Creizman expressed concerns in the past directly to LawFuel. In response, we printed his e-mail in full.  Creizman’s e-mail is available towards the end of this link.

Third, our coverage of Creizman has primarily been based on issues supported by documentary evidence in the public record. As a representative example, we have reported on:  (i) a pending “ineffective assistance of counsel” claim against Creizman on the public docket; we even posted only Creizman’s declaration related to the matter; (ii) Creizman appearing on a UCC filing concerning a $9.1 million default by Pravati Capital LLC, also a matter of public record. We posted a copy of the relevant UCC filing (red font added for clarity); (iii) Creizman’s role in connection with World Patent Marketing, based on a Washington Post report, a company that paid a $25 million or more settlement with no admission of guilt after the FTC accused WPM of fraud earlier in the same year Creizman joined Pierce Bainbridge; and (iv) Creizman speaking derisively of Caroline Polisi (his partner at Armstrong Teasedale, former partner at Pierce Bainbridge and former associate at Creizman LLC). This information concerning a former partner and Polisi comes directly from Creizman’s own e-mail, which was linked to in the relevant article.

For clarity, a screen shot of the Creizman email is below. As background, Creizman had not yet joined the firm, and Lewis proposed adding a white-collar partners and Polisi to a press release announcing Creizman and Melissa Madrigal joining Pierce Bainbridge.

Interestingly, the proposed press release contained a representation that Creizman joining the firm resulted in Pierce Bainbridge having the “most robust criminal defense practice in New York.”  The firm’s two white-collar partners at the time, , had a different view.  In writing, Polisi characterized this as “utterly laughable.”  A former partner  – in writing – “It’s honestly crazy.”

Be that as it may, we are happy to print Creizman’s denial however, based on the preceding, LawFuel respectfully submits that Creizman’s attack was misguided.  We do, however, appreciate the feedback, and are always open to more.

4 thoughts on “The Pierce Bainbridge “Who’s Who” Series: The “Name-Partners” Edition in The Law Firm Drama”