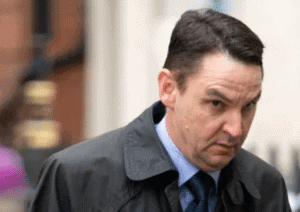 Not many barristers would deal with the UK Voyeurism (Offences) Act 2019, but one has fallen foul of its provisions for an ‘upskirting’ offence that has seen him suspended from practice for six months and ordered to pay £1,200 to the Bar Standards Board.

Daren Timson-Hunt, 55, had earlier admitted using his mobile phone to secretly film the victim as she was making her way to a job interview last year. He became one of the first defendants in the country to be prosecuted for the new offence and was later handed a 24-month community order at Westminster Magistrates’ Court.

He then had to deal with the Bar Tribunals & Adjudication Service.

According to the tribunal’s judgment, in July last year Timson-Hunt ‘operated a mobile phone beneath the clothing of another person with the intention of enabling him or a third person to observe the genitals or buttocks of the other person in circumstances where they would not otherwise be visible, for the purposes of obtaining sexual gratification’.

According to reports at the time, the incident took place at a London Underground station and involved a female passenger.

Timson-Hunt was convicted at Westminster Magistrates Court in September 2019 and was sentenced to a community order. He was also ordered to pay a surcharge of £90 to fund victim services and pay costs of £85 to the Crown Prosecution Service.

The tribunal said he had behaved in a way which could ‘reasonably be seen by the public to undermine his integrity’.

BSB director of legal and enforcement Sara Jagger said: ‘The tribunal’s decision to prevent Mr Timson-Hunt from obtaining a practising certificate until he has complied with his community order reflects the consequences of such a serious departure from the standards expected of those called to the bar of England and Wales.’

Upskirting was made a criminal offence last year by the Voyeurism (Offences) Act 2019.