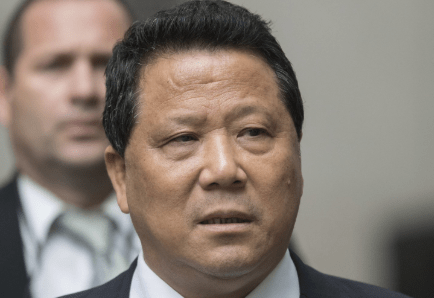 Geoffrey S. Berman, the United States Attorney for the Southern District of New York, and Acting Assistant Attorney General John P. Cronan of the Justice Department’s Criminal Division announced today that NG LAP SENG, a/k/a “David Ng,” the chairman of a Macau real estate development company, was sentenced today to 48 months in prison for his role in a scheme to bribe United Nations ambassadors to obtain support to build a conference center in Macau that would host, among other events, the annual United Nations Global South-South Development Expo. NG was sentenced by U.S. District Judge Vernon S. Broderick.

Manhattan U.S. Attorney Geoffrey S. Berman said: “Billionaire Ng Lap Seng corrupted the highest levels of the United Nations in pursuit of a multibillion-dollar real estate deal in Macau. Ng exploited a center for international diplomacy as an instrument for his greedy intentions. This Office is committed to policing official corruption wherever it may be found.”

Acting Assistant Attorney General John P. Cronan said: “Corruption at any level of government undermines the rule of law and cannot be tolerated. But corruption is especially corrosive when it occurs at an international body like the United Nations. By paying bribes to two U.N. ambassadors to advance his interest in obtaining formal support for the Macau conference center project, Ng Lap Seng tried to manipulate the functions of the United Nations. The sentence handed down today demonstrates that those who engage in corruption will pay a heavy price and serves as a reminder that no one stands above the law.”

According to the evidence presented at trial, NG, the chairman of the Sun Kian Ip Group, conspired with and paid bribes to Francis Lorenzo, a former UN Ambassador from the Dominican Republic, and John W. Ashe, the late former Permanent Representative of Antigua and Barbuda to the UN and the 68th President of the UN General Assembly (“UNGA”). With the assistance of Jeff C. Yin, an accountant and co-conspirator who worked with NG and others and previously pled guilty to conspiring to defraud the United States, NG orchestrated a scheme with the principal objective of obtaining the formal support of the UN for a multibillion-dollar facility that NG hoped to build in Macau using the Sun Kian Ip Group (the “Macau Conference Center”). NG wanted the Macau Conference Center to serve as a location for meetings, discussions, forums, and other events associated with the UN. In particular, he wanted it to serve as the permanent home of the annual “Global South-South Development Expo,” which is run by the UN Office for South-South Cooperation, and is hosted in a different country or city every year.

In addition to the 48-month prison term, NG, 69, of Macau, China, was sentenced to three years of supervised release. NG was also and ordered to pay a fine of $1 million, to forfeit $1.5 million, and to make restitution to the UN for its legal fees.

This case is being prosecuted by the Office’s Public Corruption Unit and the Criminal Division’s Fraud Section. Assistant U.S. Attorneys Daniel C. Richenthal, Janis M. Echenberg, and Douglas S. Zolkind, and Trial Attorney David A. Last of the Fraud Section, are in charge of the prosecution.