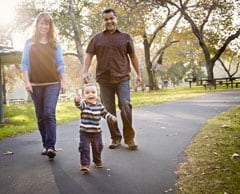 LeClair Ryan – The mayor of San Francisco recently signed the Paid Parental Leave Ordinance, a law that gives workers in the city the most generous parental leave benefits in the country.

Covered employees will have the right to take up to six weeks of paid leave to bond with a newborn child, newly adopted child, or new foster child. During their leave, workers will be paid 100 percent of their regular wages. In addition, when their leave period ends, workers have the right to return to their job.

San Francisco’s new parental leave ordinance builds on benefits already provided by California’s Family Leave Act. Under the California Family Leave Act, employees who pay into the State Disability Insurance fund have the right to take six weeks of leave to bond with a new child. During their six weeks of leave, eligible workers receive 55 percent of their regular wages from the state insurance program. The weekly benefit amount is subject to a cap, currently set at $1,129 per week.

In San Francisco, employers will be required to pay workers the difference between their regular wages and the partial wages paid by the state insurance program. By combining the compensation paid by the State Disability Insurance program with the compensation paid by San Francisco employers under the Paid Parental Leave Ordinance, eligible workers will receive 100 percent of their regular pay during leave. Employer contributions will be capped at an amount determined based on the state’s maximum weekly benefit amount. Based on current figures, a San Francisco employer’s maximum weekly contribution would be $924.

The Paid Parental Leave Ordinance applies to many, if not most, employers that have workers in the city of San Francisco. Employers with fewer than 20 employees and government entities are exempt from the law. Also exempt are workers covered by a bona fide collective bargaining agreement, as long as the agreement was either entered into before the parental leave ordinance went into effect, or expressly and clearly waives workers’ rights under the parental leave law.

The Paid Parental Leave Ordinance will be rolled out in three stages over the course of a year. The date on which a particular employer becomes subject to the law depends on the total number of employees it has, as follows:

There are 10 important stipulations contained in the Paid Parental Leave Ordinance pertaining to whom the law applies to, when the leave can be taken, employee rights, and employer documentation requirements and protections.

San Francisco’s history of passing trendsetting, pro-worker laws suggests that employers across the country can expect a variety of legislative efforts in other cities and states to create paid parental leave laws. 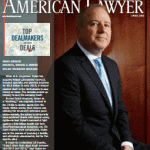