A recent article in the ABA Journal on being a successful female lawyer in the courtroom, demonstrated that there are certain preconceived notions about women litigators that can be rejected.

Written by Cris Arguedas the article challenges the notion that women cannot be as effective as men in court. The article came in response to an earlier article written by Lara Bazelon “What It Takes to Be a Trial Lawyer If You’re Not a Man,” that argued how juries are more likely to be convinced by “a tradtionally feminine woman”, which Ms Arguedas finds to be “astonishingly broad” and without evidential support.

There speaks a litigator.

The argument from Ms Arguedas, a criminal defense lawyer since 1979 who has been lead counsel in a range of highprofile cases, as well as leturing in cross examination and counselling others and receiving the White Collar Criminal Defense Award from the National Association of Criminal Lawyers.

Among her most high profile cases was the successful defense of Baseball star Barry Bonds on perjury charges. She demonstrated her ample abilities in that case, hammering the prosecution for their alleged ‘game playing’ over failure to hand over material to the defense.

She was described by the San Francisco Chronicle as being a criminal defense attorney whose courtroom skills and meticulous preparation are legendary. “Fans say that her blond hair and big smile belie a killer instinct. Once she zeroes in on the jugular of her opponent’s case, she does not let go,” the newspaper said.

She was also the lawyer that OJ Simpson’s ‘dream team’ used to run their client through his paces under a cross examination trial.  Attorney client privilege prevented her recounting how OJ had fared, but he failed to take the stand.

Like most women lawyers, particularly those who have risen up the ranks of the profession, she has shared in more than her share of sexist attitudes, which she has either confronted and dealt with or shrugged them off.

So what are the principal reasons Ms Arguedas provides for women as effective defense counsel, for instance.

Women can use a range of techniques and tactics just as a man can. Being aggressive in front of a jury may not be ‘feminine’, but it can still be effective.

“Put simply, it is not the end of the world if a juror doesn’t like you. If, as a juror once said to me: “I thought you were a bitch, but that witness was a liar,” I have won. Plenty of jurors who didn’t like me also asked me for my card at the end of the trial.” 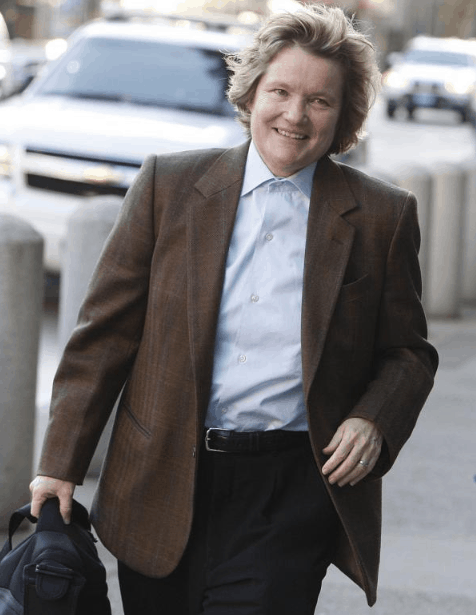 The question of attire was one that occupied much of the discussion. Should a woman attorney be looking to dress, act and behave in what might be considered to be the traditional feminine role? Or is this an overhang from a bygone age when women should be taking the more flexible route of dressing in a way that best accomplishes the tast at hand.

Cris Arguedas most certainly takes the latter view, noting that when you have to shove an incriminating document into the face of a witness it does not matter what she’s wearing.  It’s no high heels and tight dresses for her.

Ms. Bazelon spends an inordinate amount of time talking about women’s clothes in court, so let me give another point of view. I have never appeared in court wearing anything other than pants—including the United States Supreme Court. Pants, flat shoes, socks. The author should wear what she wants and shouldn’t be teaching her students to win their cases with their clothing. They should be winning their cases with their preparation and skills—and not worry about their attire.

Why So Few Women?

When asked by Best Lawyers why so few women lawyers were being used in one of her key areas – white collar crime – she suggested it was because the corporations and the law firms are still dominated by men.  They would benefit from diverse legal representation, too she said.  “There are women judges, women prosecutors, and women on juries. It doesn’t help the defendant to walk into court with an army of lawyers and have none of them (or at least none with a major role) be women.”

And what about the role of a woman who works in one of the more alpha-male areas of law – criminal defense work?

She sees it as an advantage.  Being able to adopt an aggressive style and that can be easier to take from a woman, whereas coming from a man it can look more like bullying, she says

“But truthfully, I don’t really mind if that is what they are thinking when I’m cross-examining. There is a classic line that my former law partner, Penny Cooper, used to use: “I don’t care if the jury thinks I’m a bitch so long as they think the witness is a liar.

“Another advantage is I still think jurors are likely to find me sincere. They don’t see me as a hired gun. I think that comes built in with being a woman.”

Whatever the case, dress for success in the case of a woman can be put down to dumping the high heels in the nearest dumpster.  Cris Arguedas is proof of that.