You are here: Home / Lawyers / Thinking About Lawyers – From The Careerist 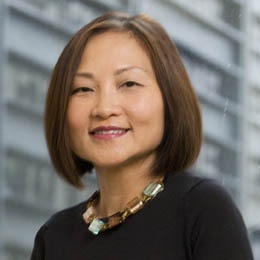 Vivia Chen is chief blogger and has been covering the business and culture of law firms for a decade.  A former corporate lawyer, Chen is fascinated by those who thrive (as well as those who don’t) in the legal profession.

1. Lawyers are lowest of the low. The legal profession has a serious image problem. According to Pew Research Center‘s latest poll of 4,000 Americans, lawyers rank last among 10 professions for contributions to society.

First, let’s look at the professions with positive images—where more than 60 percent of those polled thought these jobs contributed “a lot” to society:

Less esteemed are clergy, artists, and journalists (37, 30, and 28 percent, respectively). Americans seem quite ambivalent about these professions—especially the clergy, according to Pew.

Then the absolute bottom dwellers:

Now, some of you might think getting that 18 percent approval isn’t half bad but here’s the real downer: More than a third of Americans (34 percent) rank lawyers’ contribution as “not very much” or “nothing.” That means you’re essentially useless—just a “pair of ragged claws/ scuttling across the floors of silent seas”—to quote my favorite poet. (Pop quiz: Can you name the poet?)

Hey, I know lawyers are no angels, but ranking below business execs? That’s pretty insulting. I mean, those masters of the universe are the ones who made the big messes in the first place; lawyers are just the clean-up crew. (Hat tip: Above the Law)

2. Why don’t Nino and Ruthie just hook up already? NPR’s Nina Totenberg has a nice, breezy piece about a new opera that explores the relationship between two of our most adorable (mind you, I didn’t say “adored”) justices: Antonin Scalia and Ruth Bader Ginsburg. According to Totenberg, the opera (by composer Derrick Wang)  is “based on the two justices’ personalities—Scalia’s, bombastic, and Ginsburg’s, demure—and their ideological disagreements.”

Too cute. We all know that these two have Thanksgiving together (with their families), love opera, and giggle at each other’s jokes. So shouldn’t they should just ditch their spousal units and get it on?  (NPR)

3. Like, this is news? The Consero Group’s Spring 2013 general counsel survey finds that 61 percent of Fortune 1000 general counsel are not satisfied with the rates they pay to their outside counsel. (Corporate Counsel)

4. Don’t mess with Texas? Well, don’t #*&! with New York! Ok, this has nothing to do with careers or law. But if you like Texas-bashing (which I do, because that’s where I grew up), you’ll love, love, love this segment from Lewis Black of The Daily Show. It’s brilliant.
Read the rest and see the video clip at The Careerist.
Tweet
Share
Pin
Share
Share
0 Shares
/a>