You are here: Home / Briefs / Briefings / Who Actually Owns That DeGeneres “Selfie” Anyway? 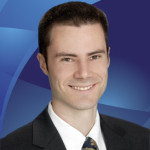 Greenberg Glusker associate Dan Nabel practises litigation law and has written about the world’s most famous “selfie” and just who owns it.

Dan Nabel is an associate in Greenberg Glusker’s Litigation Group.  Mr. Nabel handles a variety of litigation matters and provides advice in the areas of intellectual property and real estate. – See more at: http://www.greenbergglusker.com/people/attorneys/Nabel#sthash.9Ydcogag.dpuf

In 2012, law professor Justin Hughes published an article in the Harvard Journal of Law & Technology that raised serious questions about how courts have analyzed the Copyright Act’s originality requirement as it applies to photography. Hughes concluded that in a world where we constantly record and photograph both ourselves and others, “the whole idea of originality in photography may come under renewed scrutiny.”

Hughes may be on to something.

In today’s digital world, where any photograph can be tweeted and retweeted millions of times within minutes, we should be asking ourselves whether all photographs truly deserve copyright protection. “Selfies” — i.e., photographs taken by holding a camera or smartphone out at arm’s length and pointing it back at the photographer (and often other persons standing near the photographer) — are a perfect place to begin the discussion.

While the idea of “selfies” has been around a long time, their prevalence in news and social media has exploded in recent years. Back in August, Pope Francis posed for the first papal selfie with young fans at St. Peter’s Basilica. In December, President Barack Obama posed for a selfie with British Prime Minister David Cameron at Nelson Mandela’s memorial service. Even the Dalai Lama has appeared in selfies lately.

Earlier this week, the Associated Press asked Ellen DeGeneres for permission to use a selfie photograph taken by Bradley Cooper during the 86th Academy Awards ceremony. The photograph — which depicts DeGeneres, Cooper, and almost a dozen other celebrities — has quickly become the most “retweeted” photo of all time, with more than 1.3 million retweets. According to the Los Angeles Times, Samsung “struck social media gold” when Cooper used Ellen’s Galaxy S5 smartphone to take the now-famous photograph. Samsung has further promised to donate $3 million to charity based on the astounding 3 million retweets.

In light of the photograph’s meteoric rise to fame — and its apparent value (especially to Samsung) — several news organizations and entertainment lawyers have offered opinions about who owns it. Most people contend that Bradley Cooper — the person who actually held the Samsung smartphone that captured the photograph — owns the copyright. TMZ has confidently proclaimed that “Cooper was the snapper … so it’s his.” The Daily Mail agreed, asserting that “Cooper has the right to stop anyone from reproducing or using the photo without his permission, or without paying him some cash first.”

Any claim of ownership that Bradley Cooper might assert would necessarily face two obstacles. First, the wildly popular Internet theory that he-who-presses-the-shutter-button always owns the copyright is not an accurate statement of the law. Second, there is an intriguing question about whether this kind of “selfie” possesses sufficient originality to qualify for copyright protection in the first place.

When it comes to the “authorship” of photographs, the critical question is who made the original, expressive contributions to the work. In this case, if it turned out that Ellen made the decisions about things like camera angle, who to include in the picture, what expressions to elicit (e.g., by making a joke or by giving instructions), etc., Ellen would be considered the “author” even though she did not physically press any buttons on the phone. Similarly, if Ellen made some of these decisions, but not all, and some decisions were left to Cooper’s discretion, they could be considered co-authors, each owning an equal, undivided interest in the copyright as a whole.

The more interesting (albeit mostly academic) question is whether most selfies should even qualify for copyright protection in the first place. To fully understand the scope of the problem, we have to go way back to some of the early cases involving copyright and photography.

The leading case on the issue of copyright protection for photographs involved a photograph of Oscar Wilde. The defendant in that case contended that the Copyright Act should not protect photographs because photography merely involves a mechanical process and manual operation of a machine (i.e., the camera) which requires no originality. Sitting in 1903, the Supreme Court observed, without deciding, that “[t]his may be true in regard to the ordinary production of a photograph.” Nevertheless, the Supreme Court found that the plaintiff had made numerous expressive decisions, e.g., selecting the lighting, draperies, costume, and desired expression of Wilde, such that the photograph was sufficiently original to warrant copyright protection.

Almost two decades later, Judge Learned Hand famously implied that even under the reasoning of the Oscar Wilde case, all photographs should deserve to be protected by the Copyright Act “because no photograph, however simple, can be unaffected by the personal influence of the author, and no two will be absolutely alike.” As much as I love Judge Hand, both of these supporting statements are simply false. Nevertheless, this has unfortunately remained the prevailing view of most courts, with rare exceptions.

As a result, as Hughes observes, “[t]here is a widespread belief that all photographs are protected by United States copyright law … [which] often produces absurd results.” An amusing example that Hughes gives is a claim made by in 2011 by a news agency that it owned copyrights in several selfie photographs taken by a female macaque monkey after the photographer accidentally left his camera within her reach. (Sadly, the monkey never executed an assignment of rights in favor of the news company). Other, less silly examples of photographs which perhaps lack sufficient originality to warrant copyright protection include driver license photographs, mug-shots, security camera footage, medical and satellite imagery, and even Google Maps Street View.

And, in my view, perhaps the occasional selfie.
– See more at: http://www.greenbergglusker.com/news/articles/who-owns-ellen-degeneres-now-famous-academy-awards-selfie-#sthash.LWfasc3A.dpuf