You are here: Home / Briefs / Briefings / Apple and The Impact of the Largest “Patent Troll” Verdict in History

Spilman Thomas & Battle PLC* – In what is potentially the largest “patent troll” verdict in history, Apple has lost a $625 million patent jury award to VirnetX, according to Reuters news service. 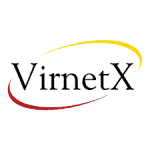 The jury verdict in the Eastern District of Texas includes $334.9 million for infringement occurring prior to filing and an additional $290.7 million for post-filing infringement.

The jury also found that Apple’s infringement was willful, exposing Apple to potential trebling of the damages award up to $1.875 billion and attorneys’ fees.

The sheer size of this verdict is enough to draw attention to the issue of patent trolls, or non-practicing entities (“NPEs”) that obtain patents on products or technology which the NPEs do not make or sell, yet allow them to exclude others from making, using or selling the allegedly patented technology.

In November 2012, a jury found that Apple’s iPhone, iPod Touch, iPad and Mac products infringed VirnetX patents and awarded $368.2 million in damages. Apple successfully appealed the first verdict, but in the retrial has been handed an even greater setback – potentially five times the verdict in the original trial.

Apple will undoubtedly appeal to the Federal Circuit once again. It has already filed a motion for a mistrial on the same day that the jury entered its verdict. It may be a long time before VirnetX collects damages from Apple, if ever. Even if Apple is successful again on appeal, there will have been much time and money spent to defend the infringement action.

If unsuccessful, Apple faces a daunting payout, even for a company with a $533 billion market cap.

What can a company do in the face of such an action?

If your company receives a letter from an NPE offering to license a patent or threatening to sue for patent infringement, you should not respond to the letter without first speaking with an Intellectual Property counsel.

Often, such a letter will demand a response within a very period of short time – e.g., a week, 10 days, or even a month. While it may seem appropriate to contact the sender and request an extension of time, it may serve only to confirm to the NPE that you are concerned and place you at the top of their list of licensing targets. It is unlikely that the patent owner will take immediate action if you have never been contacted previously.

If the NPE letter does not provide sufficient description of the patent or the allegedly infringing product, you may be better served to ignore the letter and assume that it was just one of many letters sent to sniff out possible targets. In some instances, parties that respond to a license offer or a “cease and desist” letter become targets unwittingly, even though they may not be infringing the patent, or the asserted patent may be invalid.