Chick-fil-A is where former Judge Stokes now works who was recently retired in order to resolve a legal complaint against her, which involved allegations that she abused staff, lawyers and defendants which lead to a trial before a panel of the Ohio Supreme Court Board of Professional Conduct.

Her trial lasted eight weeks and she agreed to retire  in December to retire and not to seek election.

In exchange, the disciplinary counsel agreed to drop its entire 2013 complaint against her and will not oppose Stokes’ request to have her law license reinstated, Cleveland.com reported.

The Ohio Supreme Court suspended her license in Dec. 2014 while she fought the charges against her. The Board of Professional Conduct formally approved the deal in January, after which she resigned.

She also said she is not ready to talk about the recent legal battle with the Supreme Court or her job.

Stokes is the daughter of the late Congressman Louis Stokes and the way she behaved lead to enquiries into her mental health. 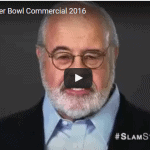