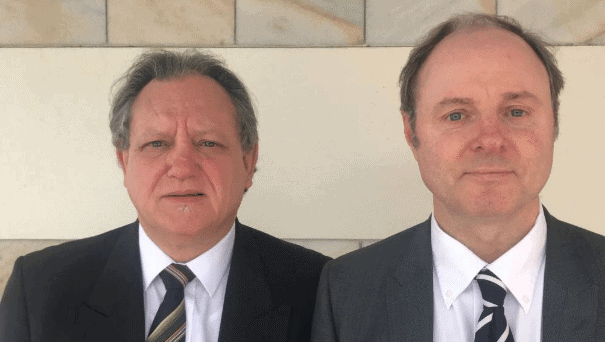 Colin Kennedy* The recent legal win by two Hawke’s Bay lawyers Phillip Ross and Clifford Church who were defamed by Brian Hunter through his blog site is a stark warning about the vulnerability of lawyers’ reputation online in these times when anybody can publish and be damned, but far more insidious and difficult to combat is Google’s review ratings systems — and the New Zealand trend is growing at alarming speed.

Accessible to anybody in a bad mood, and like an unwanted tattoo almost impossible to remove, a Google rating delivers an instant negative (or positive) reputational snapshot — even if yours is a firm that has always relied on word-of-mouth.

While it’s true that referrals of potential clients from their friends, family and peers carries a lot of weight, you may find that the weight of the crowd can tip the scales away from you.

Your potential client is almost certain to check you out on Google and potentially LinkedIn once they’ve been given your name.

What they find will either reinforce the positive word-of-mouth they received or undermine it (bearing in mind that when they look you up online, they will be seeing other law firms reviewed alongside you).

The theory of social proof says we take our cues and validate our actions according to what the crowd does.

In other words, we are far more likely to choose a restaurant that is crowded than one that is almost empty. When it comes to reviews, negative have a greater impact than positive reviews. In fact, research suggests that it takes 40 positive reviews to undo a single negative review – negative reviews are ‘ok’ so long as comprise less than 2.5% of your total number of reviews.

If you look at the average listing of a New Zealand firm, the reviews are few — between three and ten reviews per law firm.

For those with only two or three stars, it’s a long way back. Even those law firms with 4.5- or 5-star reviews are not out of the woods because it just takes one genuinely negative review to undo the good work.

How to take control of your Google reviews

As Google to remove the negative review. It is very difficult to get Google to respond, never mind take action – but it does work (from time to time).

In the world of Google reviews and your law firm’s reputation, substance comes out on top. It’s not about whether it is a genuine positive or genuine negative review; it’s firstly about whether the review is believable.

For the most part, the average Kiwi will most likely look past the spam reviews – whether positive or negative. People are usually smart enough to look for substance.

A one-star and no comments from somebody called ‘Munashra Khan’ is clearly fake.

So is a one-star review and no comment from somebody call ‘Jack Merchant’ – names and the lack of comment provide psychological cues about whether a review is believable or not.

However, five stars from somebody like ‘David Sanderson’, accompanied by comments like, “just as well informed about my case as I was…” are obviously genuine.

So are negative reviews from somebody like Erin D. who writes, “Rude over the phone and overpriced. A follow up email query never got a response”.

The above two ‘David’ and ‘Erin’ examples may not be genuine, but they are believable and that’s all it takes – the Erin reviews of this world are the ones that do the real damage.

In the case of Erin D., the law firm would be well advised to reach out with a response to the negative review. For example, “Hi there, we’re very sorry you didn’t have a great experience with us.

We’re not sure what went wrong, but we always endeavour to treat our clients with courtesy and respect. Our clients are the most important people in our business. Please get in touch so we can establish what went wrong and how we can fix it”.

Apologise and sympathise. Make a positive comment about your firm and then invite them to get in touch – in other words, take the conversation offline. If the reviewer does respond and you can resolve the issue, they may remove the review.

At the very least, potential clients will be able to see there are two sides to every story.

It doesn’t matter where the negativity is coming from – whether it’s a Google review, an article in the New Zealand Herald, a blog from a disgruntled person or a Facebook spray – if you have proactively built a large, positive digital footprint the ratios will be on your side.

People will follow the crowd, but they will also follow the noise and if the noise is overwhelmingly positive, you’re on solid ground.

Make use of mainstream media (thought leadership-based opinion editorials), blogs and social media to educate, inform and inspire your audiences.

Establish yourself as a thought leader and your reputation for expertise, authority and trust will grow a solid foundation that isn’t easily undermined by negative reviews.

If you want to know more about how to build a positive digital footprint for your firm and establish your reputation as the ‘go to’ lawyer in your area of expertise, join our three-hour Reputation Marketing for Law Firms Masterclass”.