Geoffrey S. Berman, the United States Attorney for the Southern District of New York, announced the conviction in Manhattan federal court of MICHAEL MENDLOWITZ, the former CEO and part owner of a payment-processing company that operated under various names, including Commerce Payment Systems (“CPS”), for defrauding its merchant customers.  The jury convicted MENDLOWITZ yesterday for wire fraud and conspiracy to commit wire fraud following a four-week trial before U.S. District Judge Vernon S. Broderick.  Richard Hart, a CPS sales manager, previously pled guilty before Judge Broderick to one count of conspiracy to commit an offense against the United States.

U.S. Attorney Geoffrey S. Berman said:  “Michael Mendlowitz preyed on small business owners, defrauding thousands of them.  Small businesses are entitled to be dealt with fairly and billed at the rates that are actually promised.  Mendlowitz’s victims got sold a bill of goods and were duped into overpaying.”

According to the allegations contained in the Indictment and Superseding Indictment, and the evidence presented in Court during the trial:

MENDLOWITZ and Hart operated a fraud scheme through a payment-processing company that operated under various names, including CPS.  MENDLOWITZ and Hart lured in customers with false claims of “no hidden fees” and false promises that specified rates and fees were “guaranteed for life.”  In truth, however, CPS customers, including thousands of small businesses located throughout the country, were charged all manner of hidden and increased rates and fees.  In furtherance of the fraud, MENDLOWITZ directed senior employees of CPS to significantly increase rates on customer accounts with no disclosure to customers that they would in fact be charged those increased rates.  In addition, MENDLOWITZ deleted three pages from the customers’ contracts that contained terms and conditions that directly contradicted representations made to customers during the sales process.  As part of the fraud scheme, MENDLOWITZ falsely told representatives of CPS’s parent company that those terms and conditions had been provided to customers.

MENDLOWITZ, 44, of Woodmere, New York, was found guilty of one count of conspiracy to commit wire fraud and one count of wire fraud, each of which carries a maximum term of 20 years in prison. Hart, 39, of East Meadow, New York, pled guilty to one count of conspiracy to commit an offense against the United States, which carries a maximum term of five years in prison.  The maximum potential sentences are prescribed by Congress and are provided here for informational purposes only, as any sentencing of the defendants will be determined by the judge.

The prosecution of this case is being handled by the Office’s Complex Frauds and Cybercrime Unit.  Assistant United States Attorneys David Abramowicz, Jilan Kamal, Dina McLeod, and David Raymond Lewis are in charge of the prosecution. 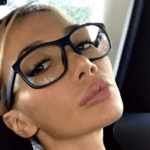