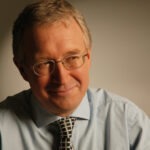 Slaughter and May is a traditional, if highly successful law firm by any measure.  But it is now looking to alter the way in which it provides career progression for its lawyers by shaking up the old ways of doing things.

Slaughters recently introduced a merit-based aspect to the traditional lockstep promotion system for lawyers having at least four and a half year’s post-qualification experience, but it is now looking to expand the role of special advisers and consultants who a separately remunerated from associates and don’t come within the equity partnership structure, as The Lawyer reports.

“We’re not a firm that’s inflexible,” said partner Paul Olney. “It’s an interesting area in general, whether the traditional partnership model will continue to operate as it has in the past to promote senior associates to partner, or whether there are a range of different roles which can suit both the individual and the firm, and if so, how that would all work.”

Olney continued: “Our thinking in this area is at a fairly early stage but I suppose it’s not impossible that someone could become a special adviser and become a partner at a later stage although that isn’t the obvious trajectory for someone taking up such a role.”

Every partner at Slaughters takes home a share of the firm’s equity, apart from a small number of so-called ‘local partners’ in Hong Kong – four in 2012/13 – who participate in the profits of that office.

The latest initiative is thought to be an incentive toward associate retention, seeing as the firm’s partnership has been shrinking in recent years. Partner numbers dropped from a high point of 133 worldwide in 2006/07, to 117 in 2012/13. During the last financial year the firm lost five partners, after shedding three each year since 2008/09.

Last year, the firm promoted just two London associates into the partnership – flatlining on its promotions round in 2010/11 when it made up one in the City and one in Hong Kong (21 March 2013).

Olney said: “I think it’s probably fair to say we’ve not had as many candidates as we’d have liked. There haven’t been as many outstanding candidates coming through.” He also suggested that changing demographics, a surge in hiring in the late 1980s and 90s and the popularity of taking early retirement had played a role.

“The other factor is that we haven’t taken any laterals into partnership,” he said. ”This isn’t something that we reject out of principle but we have a strong preference for organic growth.”

The firm’s two current special advisers are Christopher Wright and Paul Walter. Wright joined the firm in 1998 to advise on regulated industries from a Government position, while Walter was assigned the title when allocated additional responsibilities as a senior associate in the firm’s competition group.