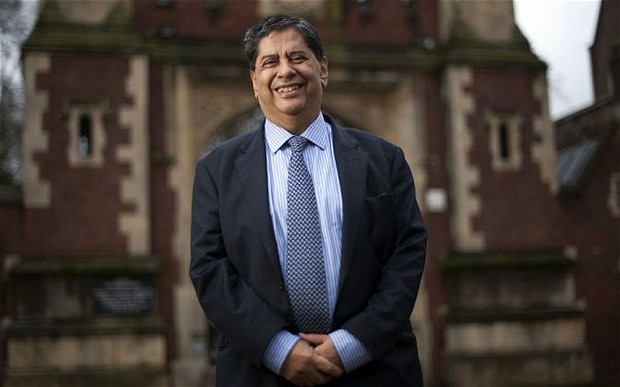 Sarosh Zaiwalla became the first Asian to qualify as a lawyer in the UK he would hardly have thought he would one day be hiring a future Prime Minister (even if it was only Tony Blair) and also setting up the first “non-white” law firm in The City with a firm turning over £3 million.

But then, that was before Mr Zaiwalla began working for some of the world’s most powerful people, including the Gandhi family and the Tchenguiz brothers.  It was also before his mentor Cedric Barclay, a renowned maritime arbitrator, told him not to join a large firm but to row his own boat.

And so he did.

Zaiwalla recalled his advice: “He told me, ‘You’re good. One of the big firms will take you and a senior partner will take you for lunch at the end of your first year and say, good job, old boy. Every year, he’ll take you for that lunch and say the same thing and after 10 years you’ll still be in the same position’.”

In 1978, one week after qualifying, the ambitious young lawyer set up his own practice, Zaiwalla & Co. “All the other Asian lawyers were in Wembley or Southall and dealt with immigration or debt collection or divorce,” he said. “But I didn’t want to do those things. I found a single-room office in Chancery Lane and set up my practice.”

Zaiwalla had spotted a gap in the market for a City law firm that was outside “the old boys’ club”, and was prepared to undercut the competition. “I stood out among all the bowler hats,” he said.

He quickly built up a reputation as a first-rate solicitor, specialising in difficult cases and litigation. He was an instant hit among wealthy foreigners, wary of the closed Oxbridge communities that dominated the City.

His first clients were the Indian billionaires, the Hinduja brothers. Zaiwalla had met them at a party and hit it off. “I helped them start their bank in Geneva,” he said.

Today, more than 90pc of Zaiwalla & Co’s clients are from outside the UK. “We are a true export business,” he said.

But despite his success, it took many years before his peers accepted him. “The pathfinders don’t have the path paved,” he said. “But the people after us will run.”

Now, more than 32 years later, Zaiwalla is still in Chancery Lane. His £3m-turnover firm now employs 18 lawyers, and is about to go on a significant global expansion drive, opening offices in Dubai and Kazakhstan, and launching franchises all over the world.

“We reached a crossroads and had to take the next step,” he explained. “In Kazakhstan, the sovereign government has asked me to open an office.”

By injecting some competition, the Kazakhstan government is trying to improve the quality – and drive down the cost – of legal services. “The big firms charge huge fees and hold the monopoly there. My company is unique in that we are the only small law firm to punch above its weight. All our opponents are usually from the top 10 Magic Circle firms.”

Zaiwalla & Co has maintained its position over the years by sticking to its founder’s original business model: to focus on tough cases and undercut the larger companies. “Magic Circle firms put on a great show and they have high overheads, which they have to pass on to the client. So where they charge the client £1,000 an hour, I charge £500 an hour,” he said.

Zaiwalla has serious clout in the legal industry. His company made the headlines late last year when it represented the Bank of Mellat. The Iranian bank had been caught up in the sanctions battle between the West and Iran. Its assets had been frozen and the organisation was haemorrhaging cash.

Zaiwalla was asked to show that the UK sanctions were an indiscriminate attack on people living under unpopular regimes. “My firm argued that the Treasury had no evidence to suggest the bank had somehow helped Iran’s nuclear programme,” he explained. The Treasury made a last-ditch attempt to win the day by claiming that it had evidence against the bank, but that it had been obtained by secret intelligence and could not be shared for reasons of national security. Lord Neuberger, president of the Supreme Court, called the first “secret court” hearing in Britain so that the claims could be heard. 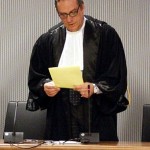