A class action lawsuit has been filed against the estate of former South Carolina lawyer John Schurlknight, claiming losses from his alleged theft of between $6 million and $10 million.

Twenty two clients of the former attorney have filed the action.  Schurlknight died in November 2012 when he committed suicide in his firm’s offices and his firm no longer operates. 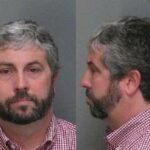 Schurlknight died in November 2012. He was with Schurlknight and Rivers Law Firm in Florence for many years.

The firm is no longer in operation, and Schurlknight’s partner is under suspension by the South Carolina Supreme Court.

Each family member received, directly or indirectly, huge sums of money that were flatly stolen from clients of the firm and used to purchase expensive cars, attend private schools, live in expensive homes and otherwise used to support a lifestyle the Schurlknight family could not afford, according to the lawsuit.

It says the Schurlknight family lived such a life and engaged in such a lifestyle while John Schurlknight’s clients were dying, suffering from brain damage, healing from life changing injuries, dealing with unemployment, avoiding debt collectors from medical providers and suffering from the circumstances no one should be forced to endure.

The lawsuit says it’s the next step in a continuing effort to recover money and property stolen as part of the massive Ponzi scheme perpetrated by Schurlknight from 2007 to 2012.

The scheme was similar to the one operated by Bernnie Madoff , the lawsuit says, with the exception that Madoff stole client investment money, while Schurlknight stole clients’ personal injury recoveries or settlement money.

Schurlknight would settle or otherwise resolve clients’ personal injury claims without a client’s knowledge, forge the client’s name to a settlement check and steal 100% of the proceeds, the suit says.