You are here: Home / Crime / Con Artist Who Craved Riches, To Spend Six Years in Jail 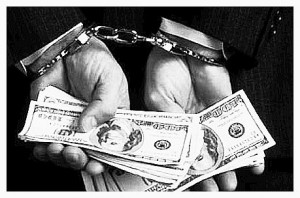 LawFuel.com – Law News Daily Preet Bharara, the United States Attorney for the Southern District of New York, announced that ALICIA HOLMES was sentenced today in White Plains federal court by United States District Judge Kenneth M. Karas to six years in prison for defrauding individuals and businesses of hundreds of thousands of dollars in accommodations, goods, services, and money. HOLMES pled guilty on March 1, 2013, to one count of wire fraud, one count of mail fraud, and one count of providing a false address in furtherance of fraud before Judge Karas.
[wp_ad_camp_2]
Manhattan U.S. Attorney Preet Bharara stated: “Many of us would enjoy some of the finer things in life – a lavish home, luxurious hotel suites – and would work for those goals. Alicia Holmes took a huge shortcut with her fraudulent schemes. With today’s sentence, her next address will far more basic.”
According to the Indictment and documents filed in court proceedings:
Holmes’ scheme spanned from approximately April 2007 through May 2011. To attain a life of luxury, Holmes told scores of lies to real estate brokers, property builders, home owners, hotel managers and staff, and school administrators, among others, including lies about her net worth, about where she lived, and about having access to a vast “overseas trust” within a short period of time. To live in hotels with her husband and two sons, Holmes had the bills paid for by friends who trusted her and by real estate brokers who believed she would soon be purchasing multimillion-dollar homes, which would lead to large commissions for the brokers. Holmes also conned hotel employees into letting her and her family stay at their hotels for months at a time without payments. To keep the scheme going, Holmes impersonated lawyers, bankers, and an FBI agent. Additionally, Holmes instructed victims not to cooperate with federal law enforcement agents who were investigating her scheme.
* * *
In addition to the prison term imposed on HOLMES, 49, Judge Karas ordered HOLMES to forfeit $542,343.51, to pay restitution to her victims in the amount of $894,205.01, and to serve three years of supervised release.
Mr. Bharara praised the outstanding investigative work of the United States Postal Inspection Service and the Federal Bureau of Investigation.
The case is being handled by the Office’s White Plains Division. Assistant U.S. Attorneys Ilan Graff and Lee Renzin are in charge of the prosecution.
13-383
###