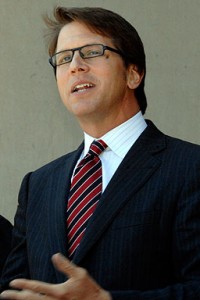 Powered By LawFuel –HOUSTON, Oct. 13, 2019 — Based on several court decisions during the past nine months, we may be closer to restoring a missing element of common sense to our judicial system and protecting the rights of victims of corporate greed, recklessness and other bad acts.

In April, the Oklahoma Supreme Court ruled that the state’s cap on the recovery of non-economic damages in personal injury cases was unconstitutional. The “special law” in question, enacted seven years ago as part of – wait for it – a tort reform effort, imposed a $350,000 cap on personal injury cases, while no such cap existed for wrongful death claims.

In January, a federal appeals court ruled that an 8-year-old Tennessee law that caps the amount a company has to pay plaintiffs in punitive damages was unconstitutional. That ruling involved a 2013 claim against an insurance company for failing to pay a life insurance claim after the death of the policy holder. The jury awarded the $350,000 value of the policy as actual damages and added $3 million in punitive damages based on the “reckless” behavior by the company in misleading the plaintiff about her legal rights.

In November of last year, the Kentucky Supreme Court unanimously struck down a 2017 law that required a panel of doctors to review any malpractice case before a claim could proceed. The court ruled that this unnecessary level of oversight violated due process for plaintiffs, and added to the already considerable measure of oversight and delay faced by victims of medical malpractice.

In October 2018 the Arkansas Supreme Court rejected a statewide ballot proposal that would have limited damages awarded in civil lawsuits, a measure that would have essentially ceded control over court rules to the state legislature.

Based on the objective and logical review by the judiciary, there’s reason to hope that despite the millions spent by big business, special interest groups and lobbyists to manufacture a “litigation crisis,” the courts and the public finally may be seeing through the subterfuge.

These tort reform arguments hinge on a fundamental untruth that “frivolous” lawsuits drive up the cost of health care and the cost of doing business, make states less competitive for business growth than their neighbors, and that tort reform statutes will benefit consumers. Those arguments are simply bunk and defy the logic of the marketplace.

I maintain an unwavering faith in our courts and the jury system. It’s simply not possible for frivolous cases to have a significant impact on a region’s economy or the delivery of health care, as there are ample safeguards to curtail meritless claims.

The reality is that big business interests and their lobbyists have hijacked the debate for too long, excluding everyday people and their interests from a place at the table.

That’s another reason I was gratified to see the Philadelphia Bar Association and its individual members defend its courts and judges by blasting the American Tort Reform Foundation (ATRF) and its designation of Philadelphia as a “judicial hellhole.” As we see in other jurisdictions, those courts offer a fair judiciary and efficient processes to handle mass torts and related appeals. Plaintiffs file there for those reasons, not because of any bias or favoritism by judges and juries.

“The ATRF should not criticize our judges for applying the law,” wrote the chancellor of the association. Well said. I hope that other bar associations and attorneys in those cities will push back as the ATRF comes back around with their annual derogatory labels.

As has been proven in study after study, so-called tort reform doesn’t accomplish what it purports to do. When tort laws are weakened, injuries and reports of dangerous products increase. Arbitrary caps and special interest review boards remove the possibility of sufficient punitive damages to change corporate behavior and professional conduct, making us all less safe. It’s my fervent hope that the courts, legislators, and most importantly the public are beginning to realize that fact.