In a legal first, a former High School student in Australia faces a $105,000 damages award over comments made about his music teacher on Twitter.

It is the country’s first defamation by tweet and Fairfax Media reports that Andrew Farley was ordered to pay $85,000 in compensatory damages, plus a further $20,000 in aggravated damages for comments made on Twitter and Facebook about music teacher Christine Mickle in November 2012.

Farley was never taught by Ms Mickle, who had taken over from the student’s father as as the head of department. The defamatory comments were made nearly a year after Farley had graduated. They led to the teacher taking time off from work.

The former student’s defence of truth was dismissed as “spurious” by District Court Justice Michael Elkaim, who found there was no evidence to support the claims made by Farley.

The ruling is the first time a Twitter defamation in Australia has gone to court. There have been a number of high profile overseas cases, most recently singer Courtney Love successfully defended a defamation case brought on by her former lawyer. And last year, the late British Lord Alistair McAlpine won a case against a woman who used Twitter to falsely link him to child abuse claims. 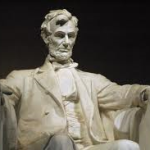 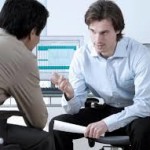