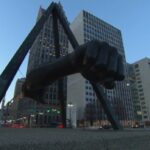 LawFuel.com – The Detroit bankruptcy disaster might herald massive legal fees but it would be better served in a deal between the beleaguered city’s creditors, according to Eastern Michigan chief federal judge Gerald Rosen.

The judge opened the first formal round of mediation by giving a pep talk and introducing other experts who will work with the city and its creditors to try to reach settlements while the bankruptcy case moves separately through court, Crains Business reports.

“I take this assignment with buoyancy and hope,” Rosen told attorneys as he stood in the well of the courtroom, down from his usual seat on the bench.

Detroit insists it can’t afford its long-term debt of about $18 billion while the city’s population and tax base shrink.

Rosen said instant agreements would be unrealistic, but he urged all sides to talk frequently about how to strike a deal. He said “years of litigation, disputing issues in the courts, is horrendous.”

Reporters were allowed inside the courtroom for Rosen’s remarks and the introduction of other mediators but were told to leave before Detroit emergency manager Kevyn Orr addressed the group.

Rosen said the group took a bus tour Monday of the “good, the bad and the ugly” of Detroit. Perris said the ride made her all the more motivated to help all sides reach an agreement.

Mediation will also take place privately in October or at any other convenient time. Meanwhile, the bankruptcy case in front of Judge Steven Rhodes will move forward on a separate track. He has set a trial for late October to determine if Detroit is eligible for Chapter 9.