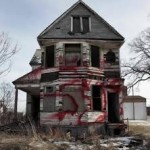 Going bankrupt has never been cheap for a whole lot of reasons, but when a city like Detroit goes bankrupt it’s creating major legal fees, already creating costs of $12.8 million in lawyers and accountants fees according to the Detroit News – and the city’s bankruptcy has just begun.

[wp_ad_camp_2]
The News reported this week Ernst & Young is the highest-paid consultant, pulling in $6.6 million to analyze the city’s cash flow. Emergency Manager Kevyn Orr’s former law firm, Jones Day, has been paid $1 million, though the firm is already writing off billable expenses it won’t collect from the city.

How high could the bill go? An expert quoted by the News estimated the total bill for bankruptcy-related fees will be far higher. Expenses could “easily” top $250 million, Jim McTevia of McTevia & Associates, a turnaround firm in Bingham Farms, told the News.

The Detroit Free-Press cites another expert who forecasts $100 million in legal fees if Detroit’s bankruptcy draws out.

Judge Steven Rhodes, who is overseeing Detroit’s bankruptcy filing, moved to increase oversight of the fees related to the case. He appointed a $600 per hour attorney to monitor the case’s legal fees. Attorney Robert M. Fishman of the Chicago-based firm Shaw Fishman Glantz and Towbin and his staff will track spending in the case and work to ensure the fees are made public.

Public information is becoming an issue in the early days of Detroit’s bankruptcy proceedings.Rhodes questioned city attorneys this week on why it required creditors to sign non-disclosure agreements to keep financial data private. Attorneys responded the data included people’s salary and benefits information, and the Seattle-based accounting firm Milliman required its pension data to remain private.

The Free-Press compelled the city to release on Milliman document earlier this month. The accounting firm was hired to assess projections for the city’s retirement funds, which is the source of dispute between Orr and city unions.

A preliminary report by Milliman found the retirement funds were underfunded by between $3 billion and $3.7 billion, which is in line with Orr’s estimate in June of $3.5 billion. The pension plans’ unfunded liabilities is one reason Detroit’s emergency manager cited for sending the city into bankruptcy.

The Police and Fire Retirement System, which represents Detroit officers and firefighters,disputed the report, the Free-Press reported. A system spokesman said the findings were being used by Orr to fuel a public relations campaign.