You are here: Home / Crime / The Differences Between a Misdemeanor and a Felony 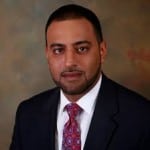 Daljit Rakkar graduated from the San Joaquin College of Law in May 2010 and was then admitted to the California State Bar and the United States District Court. His office handles cases in the Superior Courts of Fresno, Madera, Kings, Kern, Merced and Mariposa Counties, as well as the United States District Court. Contact@fresnolawmen.com or visit fresnolawmen for details.

What are the differences between felonies and misdemeanors? That’s an excellent question to ask. It’s important to know the differences in order to better understand how the system works, and to be better prepared in all circumstances. First, we’ll look at misdemeanors.

What is a misdemeanor?
A misdemeanor is a lower-grade crime with one of the main defining characteristics being jail time of up to a year, no more. The minimum time served in jail for a misdemeanor is 93 days. Fines for misdemeanors may be charged in addition to jail time, or in some cases, instead of jail time.

Fines usually do not exceed a total of 1,000 dollars but are generally 500 dollars minimum.

Any jail time that occurs usually takes place at a local jail as opposed to a state prison, which can have pros and cons depending on the type of facility. State prisons are usually organized and operated very differently from local jails.

What types of crimes fall under the “misdemeanor” category?
● Driving Under the Influence (particularly if it’s a first time offense)
● Petty Theft (which usually means theft up to a total of 500 dollars)
● Traffic Violations such as driving without a license, speeding, or driving without insurance
● Assault
● Indecent Exposure also known as public nudity
● Shoplifting
● Domestic Problems
● Being Drunk In Public

Can the lines blur between misdemeanors and felonies?

Yes, they can overlap. What normally constitutes a misdemeanor can turn into a felony depending on the severity of the crime, how many times it has been committed, as well as the details that surround the crime.

What is a felony?

A felony is a more severe crime. Felonies are considered quite serious, and they are classified by degrees. Most people are familiar with the term “first degree” or “second degree murder” if nothing else by what they have seen on television or in films. Degrees refer to the severity and type of crimes committed. First degree is the most severe classification.

Imprisonment from a felony is a minimum of one year, with much more substantial fines than are incurred from a misdemeanor. Prison time can increase much more with felonies, resulting in incarceration for years or even for life.

In some cases, the death penalty is administered for the worst crimes. Since felons serve their time in state prisons, they are usually far away from friends and family and are more likely to be moved depending on the needs of the state and facilities where they are kept. A felony charge should be taken very seriously.

What other differences exist between misdemeanors and felonies?

Besides severity of crimes and punishment, with both felonies and misdemeanors you have the right of legal representation. With misdemeanors however, the trial is usually short, and because it is less severe, the court will not appoint you a lawyer if you do not have one.

If the offense is petty, there will not be a jury. For a felony however, because the crime is much more severe, it is a must to have good legal representation, and if you don’t have an attorney, the court will provide you with one. Legal representation should never be left to chance, however.

Proper representation is key if you are facing a trial. If a felony is committed, a jury is available for prosecution.

Both types of crimes carry their own consequences
But you should understand how much more a felony will affect your life, even if you are released on probation. Those convicted of felonies can have a more difficult time finding work than others, particularly in the fields of education, military service and may be prevented from certain liberties, such as possession of a firearm.

If it is a sex-related crime, offenders may be required to be searchable on a national database which can affect their everyday lives and how they are treated in the communities in which they live.

If you are charged with a crime, it is very important to seek quality legal counsel.
This is absolutely crucial. You don’t want to face an improper conviction, and you want to seek out the minimum sentence for the crime if you are convicted. An attorney will have your best interest at heart, will explain to you your rights and will discuss with you your options in order to make the best, most informed decision regarding your life.

When you are charged, your civil liberties are in question, which is why finding a good lawyer is key. This can affect the rest of your life.

A good attorney will provide you with the information you need about what you are faced with, and will help you determine the best way to proceed.