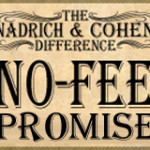 A neighbor dispute has reported erupted in Louisiana after a pit bull bit attacked a 12-year-old child last week, according to a report from NBC. The alleged victim, Dominic Courville, ventured next door to meet a friend before a football game, when the neighbor’s dog reportedly bit him. Courville’s family is now demanding that the dog’s owners be held accountable. Noted dog bite attorney Jeffrey Nadrich recently commented on the situation.

According to Nadrich, “There are a lot of variables at work here. The boy’s family is reportedly insisting that the owners be held accountable, but the owners say that the boy was trespassing. In most states, dog owners are not liable if the victim was trespassing, but we have to determine whether or not that was really the case here.

“The news reports are claiming that the boy simply ventured into the neighbor’s yard. By that standard, you would have to argue that letter carriers and pizza delivery boys are trespassers. I’m not sure that’s a strong enough defense for the dog owners, as stepping onto a porch and ringing a doorbell does not typically constitute a criminal trespass violation, but we will have to wait until all of the facts come to light.”

According to the NBC report, the Courville’s are seeking punishment for the dog and its owners, but few details have been released. The dog did receive a 10-day at-home quarantine, but the Oberlin police chief told reporters that this is a civil matter, and no charges have been filed.

“The town cops didn’t even care to have the dog impounded … Took the word from the owner that the dog had its shots. There is an impound in Oberlin but they didn’t even pick up the dog,” Pamela Courville, the dog bite victim’s mother, told reporters.

About Nadrich & Cohen: Jeffrey Nadrich is a dog bite lawyer with Nadrich & Cohen, a California based law firm with offices in 18 locations across the state. Nadrich & Cohen handles all types of wrongful death and serious injury accident cases, and victims are encouraged to call 1-800-718-4658 for a free consultation with a Nadrich & Cohen attorney.