A Florida DUI lawyer’s advice to clients has started a storm of controversy for those seeking to avoid problems at police checkpoints. 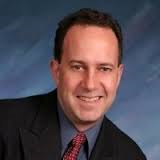 Warren Redlich’s Fair DUI blog has also started a viral video showing just what happens when his controversial advice is used.  See the video below:

The lawyer suggests that motorists put their license, registration, proof of insurance and a flyer in a plastic bag attached to the outside of their vehicle before rolling up the windows as they approach the checkpoint.

One example of the flyer states in large-font capital letters “I remain silent,” “no searches” and “I want my lawyer.” It cites statutory law to support the driver’s claimed right not to roll down the window, explaining that any ticket can be placed under the windshield wiper and advising that the driver will obey “clearly stated lawful orders.”

Critics say the approach shields motorists from the consequences of driving under the influence by preventing officers from smelling any odor of alcohol and hearing whether their speech is slurred. Redlich disagrees, explaining that his approach protects motorists from overzealous enforcement and dubious subjective claims, as he sees it.

“A lot of people are uncomfortable with the idea that police can just stop you for no reason. If you are not comfortable with that, this is a good way of handling a checkpoint,” he told My Fox Orlando. “There are good cops and there are bad cops. The purpose of this flier is to protect innocent people from bad cops.”