Powered By LawFuel – September 3, 2019 – On behalf of a coalition of the nation’s leading organizations dedicated to protecting the health and welfare of children, Arent Fox LLP filed an amicus brief in the U.S. District Court for the Central District of California in support of the Plaintiff in Jenny Lisette Flores, et al., v. William Barr, Attorney General of the United States, et al. More than 20 organizations adamantly oppose the Trump Administration’s new regulations that overturn protections guaranteed to immigrant children under the Flores Settlement Agreement (“FSA”).

Arent Fox Partner, James H. Hulme, added, “We must not allow the Final Rule to move forward under any circumstances — the regulations abandon the Flores settlement. Children deserve to be treated with dignity and united with their parents in our communities while waiting for their legal court hearing to be scheduled.”

The FSA, a settlement reached in 1997 in Flores v. Reno, established basic protections to keep immigrant children from harm. Among its requirements, FSA obliges the federal government to treat “all children in its custody with dignity, respect and special concern for their particular vulnerability as children.” The FSA further emphasizes that detained children should be placed “in the least restrictive setting appropriate to the child’s age and special needs . . .” and provides that immigrant children should be released, without unreasonable delay. Critically, the FSA explicitly states that the Administration shall make “prompt and continuous efforts” to promote family reunification, noting that such efforts are to continue as long as the child is in custody.

The amicus brief argues, however, that the Trump Administration’s Final Rule counters various court decisions implementing the FSA and ignores the recommendations of its own Department of Homeland Security advisory committee that “detention or the separation of families for purposes of immigration enforcement or management are never in the best interest of children.”  The amicus brief argues that long-term detention of children has a proven devastating impact on their health, education and general welfare. This is particularly true for infants and toddlers. In addition, the amicus brief advocates for family unification in the community, not in detention centers.

The following statements may be attributed to the respective organizations of the amici curiae:

Mark Shriver, CEO of Save the Children Action Network (SCAN):

Carolyn Miles, CEO of Save the Children: 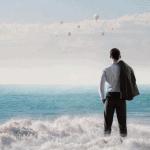 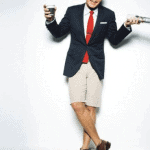