Davis Polk – On June 29, 2015, the European Securities and Markets Authority (“ESMA”) published an updated opinion on the additional information that it considers will need to be included in a “wrap” to a prospectus drawn up according to Israeli laws and regulations to make it equivalent with the requirements under the European Prospectus Directive (Directive 2003/71/EC, as amended).

In ESMA’s view, a prospectus drawn up according to Israeli laws and regulations, together with a “wrap” containing the information set out in the applicable annex to the opinion (see ESMA opinion and annexes here), could constitute a valid prospectus under the Prospectus Directive for the purposes of its approval by the home competent authority of a Member State. The opinion supersedes ESMA’s March 2011 public statement on Israeli laws and regulations on prospectuses.

Background and ESMA framework for third country prospectuses Article 20 of the EU Prospectus Directive provides that the competent authority of the home Member State of issuers having their registered office in a third country (such as Israel) may approve a prospectus for an offer to the public or admission to trading on a regulated market, drawn up in accordance with the legislation of such third country.

Other than for stylistic and formatting changes, ESMA’s March 2013 opinion reflected in substance its framework published in 2011, but was updated to reflect the amended Prospectus Directive regime. The new 2015 opinion and assessment of Israeli laws and regulations on prospectuses is based on the revised 2013 framework. In addition to ESMA’s views on the requirements for Israeli share prospectuses, the opinion also includes the disclosure requirements for rights issue prospectuses and prospectuses for SMEs and companies with reduced market capitalization drawn up in accordance with the proportionate disclosure regime.

It is interesting to note that, notwithstanding Israel remains the only third country that ESMA has recognized for the purposes of equivalence with the Prospectus Directive regime, in London to date Israeli issuers have not taken advantage of this regime, which in practice seems to be primarily relevant to Israeli issuers who are seeking a secondary or dual listing on an EEA regulated market and are required to prepare an Israeli prospectus in any event.

Davis Polk & Wardwell London LLP 2
If you have any questions regarding the matters covered in this publication, please contact any of the lawyers listed below or your regular Davis Polk contact. 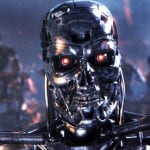