Hillary Clinton’s Former Boss Says He Fired Her From an Investigative Position Because She Was ‘a Liar’ and ‘Unethical’? 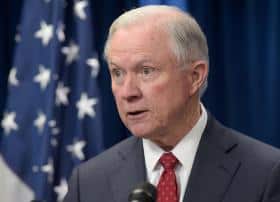 Preet Bharara, one of the highest profiles of the US Attorneys fired by President Trump and an outspoken prosecutor who has worked hard to help eradicate corruption.

A New York federal prosecutor, he refused to stand down as one of the 46 US attorneys who Attorney General Jeff Sessions sought to fire and who served under the Obama presidency.

The prosecutor wanted to make it clear that he did not resign, tweeting “I did not resign,” he said. “Moments ago I was fired. Being the US Attorney in SDNY will forever be the greatest honour of my professional life.”

His dismissal comes months after he met with the President at Trump Tower, telling reporters afterwards the president had asked him to stay on and he was intending to do so – a circumstance that has now dramatically changed.

“Today, I was fired from my position as U.S. Attorney for the Southern District of New York.  Serving my country as U.S. Attorney here for the past seven years will forever be the greatest honor of my professional life, no matter what else I do or how long I live.

“One hallmark of justice is absolute independence, and that was my touchstone every day that I served.  I want to thank the amazing people of the Southern District of New York, the greatest public servants in the world, for everything they do each day in pursuit of justice.  They will continue to do the great work of the Office under the leadership of Joon H. Kim, the current Deputy U.S. Attorney, who will serve as Acting U.S. Attorney.”