The firm has brought through four new partners in the corporate, construction, dispute resolution and real estate practice groups.

The lateral hire of Sarah Salmond, who joins the partnership from another top tier law firm, will further bolster the firm’s public law and regulatory activity.MinterEllisonRuddWatts’ Chair, Sarah Sinclair, says that the internal promotions and lateral hire strengthen the firm’s position as a leading New Zealand firm, and highlights its culture of recognising exceptional people.

“We are focused on developing leaders – helping our people to build exceptional careers while recognising and advancing talented legal professionals who deliver extraordinary value to our clients. We are delighted that these talented lawyers are progressing their careers with MinterEllisonRuddWatts.

Amanda’s focus areas are health and aged care, agri-law and insolvency and she acts for a number of international real estate funds and global players in the agriculture and dairy industries. Valued by clients as a trusted adviser who “really listens” and is “approachable, pragmatic, and all about solutions”, Amanda enjoys working closely with clients to achieve their business goals and get deals done.

Nick Frith (Dispute Resolution and Litigation, Auckland) Nick specialises in commercial litigation with a focus on insurance disputes across all areas of the industry. He regularly acts for insurers, insured corporates and insurance brokers.

Nick has significant experience in claims against and involving insurance brokers, large scale property damage and business interruption insurance claims and regulatory investigations. He also acts for lending institutions and other clients in debt recovery and enforcement matters.

Sarah Salmond (Corporate, Auckland – Lateral hire) Sarah has almost 20 years’ experience advising on a wide variety of public and regulatory law matters. She has worked in both the private and public sectors in the fields of law, public policy and economics in New Zealand, the United Kingdom, the United States and France. Her focus has been on international trade and investment law.

He advises clients involved in project disputes, both during and after the construction phase, including for negligence and non-compliant works, variations and extensions of time. He has acted on major infrastructure projects including road, rail, sport, education, and Government.

Scott is also experienced in contentious rent review disputes. He regularly appears in the arbitration forum. Scott comes from a commercial background as a transactional and projects lawyer for a tier one firm in the United States where he regularly advised public and private companies, banks and private equity firms.

Travis Tomlinson (Construction, Auckland) Travis is a front-end construction and major projects lawyer. He helps public and private-sector clients on all aspects of their procurement planning, tendering, contract drafting and negotiations, project governance and project administration across a wide spectrum of industry sectors. He has detailed knowledge of the Government’s procurement rules and advises the public and private sector in relation to compliance.

All promotions to partner are subject to meeting the New Zealand Law Society’s requirements. 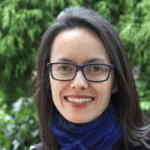 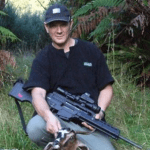