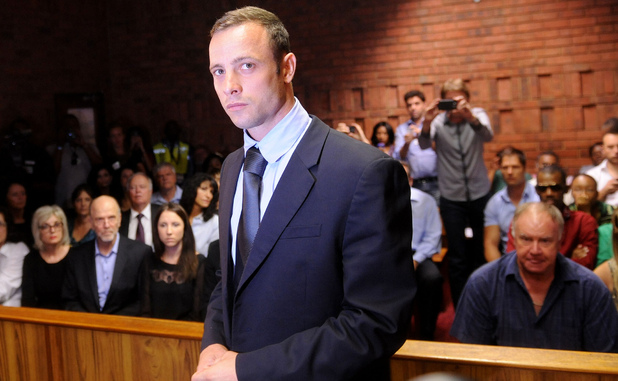 The forensic scientific evidence in the Pistorious trial continues to take center stage as a police witness said Pistorius was not wearing his prosphetic legs when he knocked down the bathroom door after killing his girlfriend.

The scientist,  Col. J.G. Vermeulen was discussing themarkets on both a cricket bat and a bent steel plate found in the bathroom door after the shooting of Pistorius’ girlfriend Reeva Steenkamp.

CNN report that Vermeulen had to squat to highlight the marks on the door. He said the location of the spots on the door is consistent with Pistorius not wearing his prosthetic legs.

“From the forensic evidence, he was on his stumps,” Vermeulen said.

The door will also be used to show the trajectory of the bullet, which both sides can use to argue whether it was premeditated murder or not.

Pistorius, the first double-amputee to run in the Olympic Games, regularly wears prosthetic legs. If he was not wearing them at the time, the trajectory will be lower and the defense can argue that he was feeling vulnerable and didn’t have time to think.

Pistorius has pleaded not guilty to murder in the shooting on Valentine’s Day last year.

He admits killing the 29-year-old by shooting her through a locked bathroom door in his house. However, he says he mistook her for a burglar in the middle of the night, and argues it was a tragic but understandable mistake.

Before the scientist took the stand, a friend of Pistorius who was with him twice when guns went off in the South African track star’s hands was back on the stand to testify against him.

Prosecutors trying to convict Pistorius of murdering his girlfriend have charged him with breaking gun laws on both occasions.

The incidents were not connected to the fatal shooting of Steenkamp, but prosecutors appear to be using them to demonstrate that Pistorius is not safe around guns.

He grinned and shook his head as his friend, Darren Fresco, testified Wednesday about speeding during an incident that ended with the track star firing a shot out the sunroof of the car.

Read more about the Pistorius trial on CNN – Click Here

The Pistorius Animation – The Night Reeva Steenkamp was killed 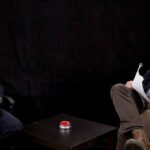