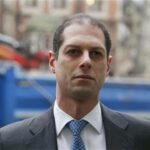 LawFuel.com – American Law News – Preet Bharara, the United States Attorney for the Southern District of New York, today announced the guilty plea of KAREEM SERAGELDIN, the former Managing Director/Global Head of Structured Credit in the Investment Banking Division of Credit Suisse Group (“Credit Suisse”).  SERAGELDIN was extradited from the United Kingdom on Friday, April 5, 2013, to face charges that he fraudulently inflated the prices of asset-backed bonds in Credit Suisse’s trading book in late 2007 and early 2008.  The bonds were comprised of subprime residential mortgage backed securities (“RMBS”) and commercial mortgage backed securities (“CMBS”).  Once discovered, SERAGELDIN’s manipulation of these bond prices contributed to Credit Suisse taking a $2.65 billion write-down of its 2007 year-end financial result.  He pled guilty to conspiring to falsify the books and records of Credit Suisse before U.S. District Judge Alvin K. Hellerstein.
As a result of his manipulation, SERAGELDIN was able to secure significant year-end bonuses since the trading book’s profitability was one of the factors in determining bonus amounts.  His 2007 bonus was over $1.7 million and his Incentive Share Unit Award was more than $5.2 million.  The latter was rescinded after Credit Suisse discovered the alleged fraud.  SERAGELDIN’s co-conspirators, David Higgs and Salmaan Siddiqui, previously pled guilty and are cooperating with the government’s investigation.
Tweet
Share
Pin
Share
Share
0 Shares
/a>