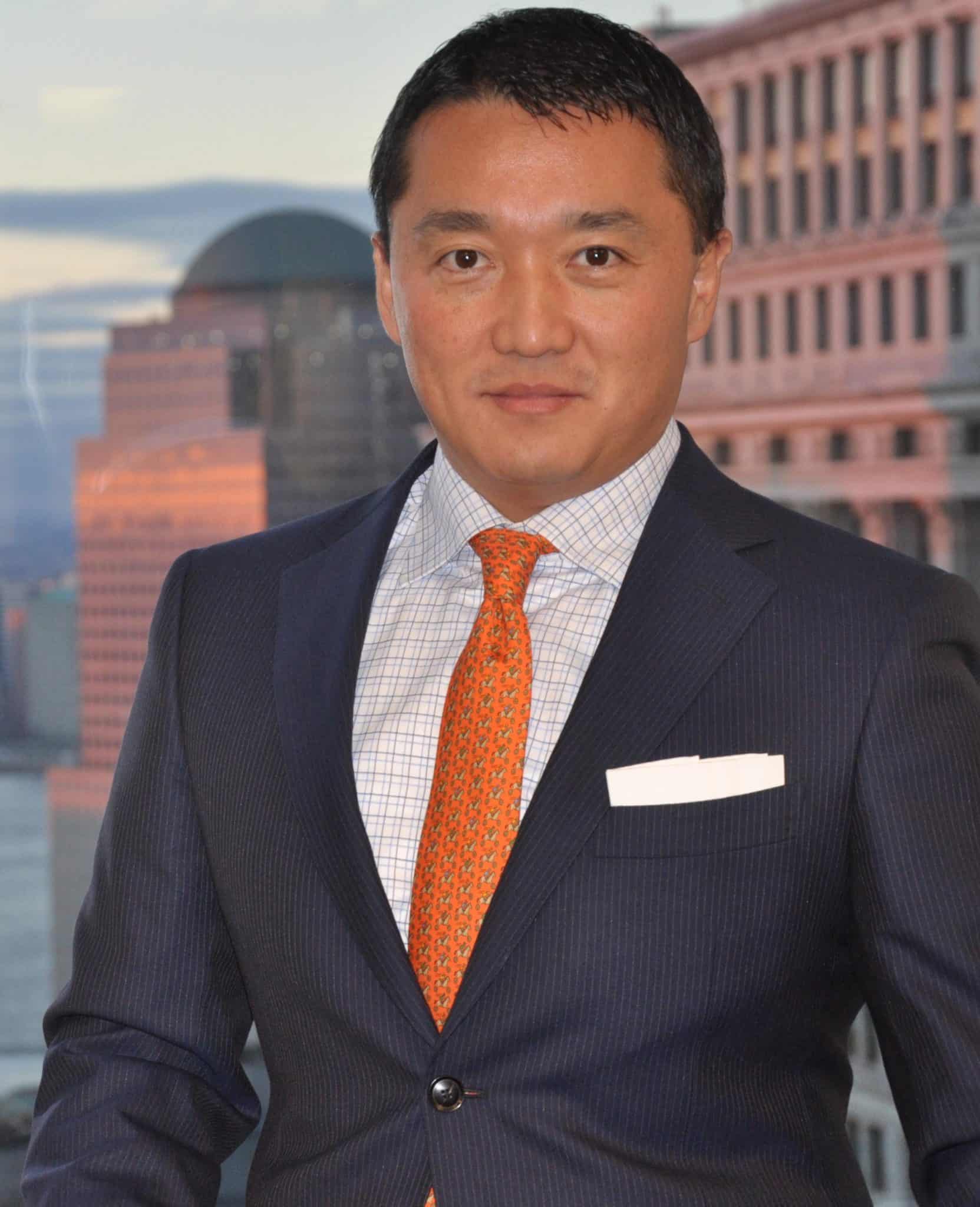 Charges Also Unsealed Against a Geneva-Based Banker, Who Remains at Large

Preet Bharara, the United States Attorney for the Southern District of New York, and Diego Rodriguez, the Assistant Director-in-Charge of the New York Field Office of the Federal Bureau of Investigation (“FBI”), announced the unsealing of an Indictment against BENJAMIN WEY and his Geneva-based banker, SEREF DOGAN ERBEK, charging them with conspiracy, securities fraud, wire fraud, and other charges stemming from WEY’s scheme to obtain and conceal his beneficial ownership interest in publicly trading companies through so-called “reverse merger” transactions between Chinese companies and U.S. shell companies, and then to reap tens of millions of dollars of illegal profit by manipulating the companies’ stock prices. WEY was arrested this morning at his home in Manhattan and is expected to be presented today in federal court in Manhattan before United States Magistrate Judge Frank Maas. ERBEK remains at large.

In a separate action, the U.S. Securities and Exchange Commission (“SEC”) announced civil charges against WEY and ERBEK, among others.

U.S. Attorney Preet Bharara said: “Ben Wey fashioned himself a master of industry, but as alleged, he was merely a master of manipulation. The indictment charges that Wey used reverse merger transactions between Chinese companies and U.S. shell companies to illegally conceal his ownership interest and then, with the help of his alleged co-conspirator, manipulated the market so that he could sell his interest at artificially inflated prices. As alleged, in making tens of millions in illicit profit, Wey refused to let the securities laws or the rules of a fair marketplace get in the way of his dishonest scheme.”

FBI Assistant Director-in-Charge Diego Rodriguez said: “The illegal manipulation of stock prices causes significant losses for innocent investors and creates sizeable profits for fraudsters. Wey and Erbek allegedly falsified the true sales volume, demand, and price of stocks in the over-the-counter marketplace through a series of reverse merger transactions involving shell companies. They are believed to have profited in the tens of millions, while victim shareholders were left holding the bill. The FBI and our partners will continue to investigate and prosecute those who cheat the system in this way.”

According to the eight-count Indictment unsealed today in Manhattan federal court[1]:

Among other fraudulent and illicit conduct, WEY engineered reverse mergers between Chinese operating companies and publicly traded U.S. shell companies designed to give WEY significant undisclosed ownership in the resulting publicly trading entities, in violation of U.S. securities laws. Specifically, WEY caused entities controlled by a sibling and other nominees to obtain large portions of the shares of certain U.S. shell companies trading over the counter. WEY then identified various Chinese operating companies that wanted to raise capital in the U.S. markets. WEY, through his company, New York Global Group (“NYGG”), facilitated the Chinese companies’ reverse mergers with the U.S. shell companies in which WEY, through his nominees, secretly held significant ownership interest. Not only did WEY defraud the investing public by failing to disclose, as required under the securities laws, his beneficial ownership of more than five percent of the stock of the new companies, but he then manipulated the market price and demand for the shares in these companies, resulting in tens of millions of dollars of undisclosed and illicit profit.

WEY caused certain entities (the “Nominee Entities”) that were owned or otherwise associated with a sibling of WEY’s (“Wey’s Sibling”), certain other members of WEY’s extended family, and employees of an NYGG entity located in Beijing, China, NYGG-Asia (collectively, the “Nominee Owners” and, together with the Nominee Entities, the “Nominees”), to obtain a substantial portion of the shares of certain U.S. shell companies (the “Shell Companies”) that were trading on the National Association of Securities Dealers’ Over-the-Counter Bulletin Board, a regulated quotation service that displays real-time quotes, last-sale prices, and volume information for certain over-the-counter securities.

In addition, WEY, through NYGG-Asia, identified various Chinese operating companies (the “Operating Companies”) that wanted to raise capital in the U.S. markets, and offered NYGG’s services in facilitating reverse merger transactions for the purpose of gaining access to those capital markets. WEY intentionally caused the Operating Companies to merge with the particular Shell Companies in which WEY, through the Nominees, held significant, illegally undisclosed ownership stakes. The companies that resulted from these reverse merger transactions were SmartHeat, Inc.; Deer Consumer Products, Inc.; and CleanTech Innovations, Inc. (the “Issuers”).

As a further part of the conspiracy and scheme to defraud, WEY caused the Nominees to continue to retain undisclosed control of more than five percent of the shares of each of the Issuers – shares originally of the Shell Companies that, by virtue of the reverse merger transactions, became shares of the Issuers. Although WEY was required by federal securities laws to report his beneficial ownership in the Issuers, he deliberately did not. In fact, to further obscure from the investing public the extent to which he owned and exercised control over Issuers’ stock, and with ERBEK’s knowledge and assistance, WEY purposefully caused the Nominees’ holdings to be structured in such a way as to ensure that no single one of the Nominees held a greater than five percent beneficial ownership interest in any of the Issuers.

Manipulation of the Market for Shares of the Reverse Merger Companies

At the time that the Issuers emerged from reverse merger transactions, their common stock traded only in over-the-counter markets and in low volumes. The Issuers’ stock could not be sold in significant quantities in the open market until a liquid market developed and the shares traded on an exchange. To create liquidity so that WEY could profit from his scheme, WEY caused the Issuers’ management to apply for listings on the Nasdaq, which would increase market interest and liquidity in the Issuers’ securities. To satisfy Nasdaq’s requirement that an issuer have at least 300 “round-lot” shareholders – defined as shareholders owning at least 100 shares of common stock each – WEY deceptively caused shares of some of the Issuers to be transferred from certain of the Nominees to dozens of WEY’s friends, employees, and business associates, among others, as gifts or unsolicited bonuses in increments of 100 or more, thereby artificially inflating the number of shareholders in each of the Issuers.

Both before and after an Issuer became listed on Nasdaq, WEY and ERBEK caused the share price of its stock to be manipulated in various ways. For example, on multiple occasions, WEY caused two retail brokers located in Manhattan to solicit their customers to buy shares of common stock of the Issuers while those brokers simultaneously actively discouraged the sale of these stocks by their customers, so as to artificially maintain the stock price of each Issuer. Similarly, WEY explicitly instructed ERBEK to maintain the share prices of at least two Issuers’ stock held in certain of the Nominees’ accounts. For example, on or about February 7, 2011, WEY sent an email to ERBEK stating, “Cleantech just traded at $4.50 per share. Please make sure the trader buys the stock at $5 per share, stay at $5 per share bid price, not less. Please make sure this happens right away.” ERBEK agreed to do so, but cautioned WEY, “Obviously, we need to be careful to give such orders/make such comments. I may explain it over the phone; please call me if you have time.” WEY also orchestrated match trades in the securities of the Issuers, for the purpose of manipulating the prices of those stocks.

Mr. Bharara praised the work of the Federal Bureau of Investigation, and thanked the SEC for its assistance. He added that the investigation is continuing.

The charges were brought in connection with the President’s Financial Fraud Enforcement Task Force. The task force was established to wage an aggressive, coordinated and proactive effort to investigate and prosecute financial crimes. With more than 20 federal agencies, 94 U.S. attorneys’ offices, and state and local partners, it’s the broadest coalition of law enforcement, investigatory and regulatory agencies ever assembled to combat fraud. Since its formation, the task force has made great strides in facilitating increased investigation and prosecution of financial crimes; enhancing coordination and cooperation among federal, state and local authorities; addressing discrimination in the lending and financial markets; and conducting outreach to the public, victims, financial institutions and other organizations. Since fiscal year 2009, the Justice Department has filed over 18,000 financial fraud cases against more than 25,000 defendants. For more information on the task force, please visit www.StopFraud.gov.

This case is being handled by the Office’s Securities and Commodities Fraud Task Force. Assistant U.S. Attorneys Sarah Eddy McCallum, Andrew C. Adams, and Michael Ferrara are in charge of the prosecution.

The allegations contained in the Indictment are merely accusations, and the defendants are presumed innocent unless and until proven guilty. 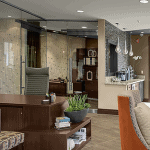 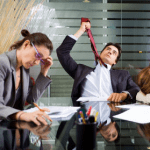