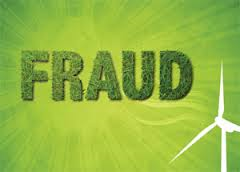 Preet Bharara, the United States Attorney for the Southern District of New York, announced that STEPHEN COLANGELO, Jr., was sentenced yesterday to 87 months in prison in connection with two separate schemes that defrauded investors out of more than $3.5 million. COLANGELO’s first scheme involved a hedge fund he controlled called the Brickell Fund, LLC (the “Brickell Fund”), and his second scheme involved three companies he created and controlled called “Hedge Community,” “Start A Hedge Fund,” and “Under the Radar SEO” (collectively, the “Business Ventures”). COLANGELO misled investors in the course of both of these schemes by making numerous misrepresentations, which included issuing fraudulent performance statements, private placement memoranda, and other business documents. In addition to his prison sentence, COLANGELO was ordered to pay restitution to the victims of his schemes, which totals approximately $3.5 million. COLANGELO pled guilty on December 19, 2013, to two counts of securities fraud and two counts of wire fraud, and was sentenced today by U.S. District Judge Robert W. Sweet in Manhattan federal court.

Manhattan U.S. Attorney Preet Bharara said: “Stephen Colangelo solicited investor money under false pretenses, and issued fraudulent materials to prop up his phony investment vehicles. Despite lofty promises to investors about their expected returns, the only one guaranteed to make money under his schemes was Colangelo. Now he has learned the true cost of doing business that way.”

According to the Indictment and related court documents and proceedings:
From March 2009 to February 2011, COLANGELO represented that he was an investment manager and solicited funds from private investors for the Brickell Fund, a purported hedge fund he operated. In the course of soliciting funds from investors, COLANGELO made numerous misrepresentations. Specifically, he told potential investors that his compensation for managing their investments in the Brickell Fund would be a nominal management fee and a certain percentage of trading profits, thus ensuring his compensation would be dependent on his trading success. In reality, COLANGELO regularly misappropriated large amounts of investor money for his own personal benefit and to support unrelated business ventures. He also regularly made false claims to investors about investment strategy and alleged profits.
2
From August 2009 to October 2011, COLANGELO also solicited investments in the
Business Ventures. In doing so, COLANGELO represented that investment money would be
used for legitimate business expenses, when in reality, he misappropriated a large amount of the
investments for his own personal benefit.
Both schemes combined led to net losses to investors of approximately $3.5 million.
* * *
COLANGELO, 46, of Congers, New York, was also sentenced to 3 years of supervised
release and was ordered to pay a mandatory $400 special assessment.
Mr. Bharara praised the investigative work of the Federal Bureau of Investigation and
also thanked the Securities and Exchange Commission for its assistance.
This case was brought in coordination with President Barack Obama’s Financial Fraud
Enforcement Task Force, on which Mr. Bharara serves as a Co-Chair of the Securities and
Commodities Fraud Working Group. The task force was established to wage an aggressive,
coordinated and proactive effort to investigate and prosecute financial crimes. With more than 20
federal agencies, 94 U.S. attorneys’ offices and state and local partners, it’s the broadest coalition
of law enforcement, investigatory and regulatory agencies ever assembled to combat fraud. Since
its formation, the task force has made great strides in facilitating increased investigation and
prosecution of financial crimes; enhancing coordination and cooperation among federal, state
and local authorities; addressing discrimination in the lending and financial markets and
conducting outreach to the public, victims, financial institutions and other organizations. For
more information on the task force, please visit www.StopFraud.gov.
This case is being handled by the Office’s Securities and Commodities Fraud Task Force.
Assistant U.S. Attorney John J. O’Donnell is in charge of the prosecution.
14-099 ### 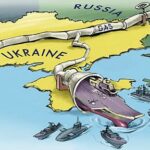 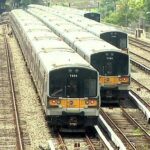