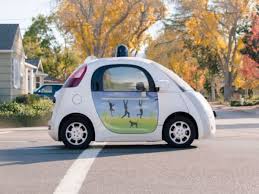 Lewitt Hackman – Can self-driving vehicles (SDVs) use the carpool lane? That may be a legal question for another day, as SDVs still have barricades to overcome before moving to the fast lane and becoming available commercially for consumers.

But the Federal Government opened the door – by giving serious consideration to, and taking the first steps in expanding, the previously unambiguous term “driver” – to include the Artificial Intelligence (AI) operating Google’s Self-Driving System, along with human motor vehicle operators.

The National Highway Traffic Safety Administration (NHTSA, or Administration) just responded to a November letter from Chris Urmson, Google’s Director of the company’s Self-Driving Car Project, which requested the interpretation of federal driving laws as they pertain to SDVs. Google hopes to make SDVs commercially available to the public by 2020, and that means making them compliant with Federal Motor Vehicle Safety Standards (FMVSS).

The NHTSA did grant some interpretations, but remains hesitant on others, citing a need for further Google SDV testing and further legislation in the future.

One reason for the Administration’s caution is that most FMVSS were written for vehicles of the past century, when all cars had human drivers sitting in the front left of a vehicle, with access to, and control of, steering and braking systems. The laws weren’t written to accommodate AI drivers or cars.

But the NHTSA did manage to favorably interpret some of Google’s questions re SDVs. They include:

2. Driver seatbelts may not be necessary, since the NHTSA interprets “driver” as the SDS in the case of Google’s proposed vehicle design:

“It is possible that the provision as specifically written is not necessary for safety as applied to Google’s vehicle design, but Google has not demonstrated that in its present interpretation request.  FMVSS No. 208 would need amendment to clarify how a vehicle design like Google’s might comply with it.  One safety concern is that a human occupant could sit in any DSP [designated seating position], and that therefore the non-wearing of a seat belt by any occupant could create a safety risk.”

3. Questions re Electronic Stability Control Systems (ESC) need further review, because the FMVSS mandate specific performance requirements for ESC systems. Though the NHTSA agrees that a Google-designed SDS is in fact the actual driver, the Administration feels a need to determine in future:

“…how to evaluate the SDS control of the steering inputs, and whether and how to modify test conditions and procedures to address more clearly the situation of a vehicle with steering controlled entirely by an AI driver, with no mechanism for the vehicle occupants to affect the steering.”

Self-driving test vehicles already cruise the streets. However, California DMV rules – where Google operates most of its prototypes – require human, licensed drivers to be inside with access to steering, brake and gas pedals. They must monitor the SDV’s operations at all times, and be ready to take control should technology fail or other emergencies arise.

The Administration acknowledged this concern, paving the way for years of further extensive testing and monitoring of vehicles completely controlled by AI with no human override capabilities.

But the proverbial genie is out of the bottle – Federal Rules will have to be modified to keep up with and include SDVs. There is much work to be done on both sides of this issue before we will have an SDV in our own garages – a prospect that is both scary and exciting for some of us. 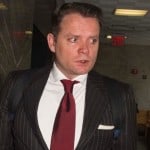