Singer’s letter to the search giant says that the company is unfairly making money from unfair treatment of women, and that it family members of Google were involved in such an incident that they would take proper action.

The letter essentially accuses Google of disrespecting its duties by making money off of advertising, and that the company owes $100 million for refusing to remove the pictures and links related to the hack. While the letter does not name celebrities that it represents, it reportedly refers to the likes of Kate Upton, Jennifer Lawrence, Arianna Grande, Rhianna, and others.

While the letter does rather dramatically accuse Google, it is likely that the case will not stand because of the fact that Google is not liable for the actions of its users or the content that is brought up when someone searches for something on the search engine.

EOnline reports that Singer wrote Google failed to act “expeditiously and responsibly” to remove the images from its search results and also compares the multi-billion dollar company’s handling of the matter to the NFL’s domestic violence controversy. No filings have been made in court.

“We’ve removed tens of thousands of pictures—within hours of the requests being made—and we have closed hundreds of accounts,” a Google spokesperson told E! News in response to the letter. “The Internet is used for many good things. Stealing people’s private photos is not one of them.”

Naked photos of women resembling a large number of popular female celebrities were released in two major waves over the last month.

Singer claims “Google has taken little or no action to stop these outrageous violations or to limit the images from appearing in Google search results” and also said some users shared the photos on Blogspot blogs, also owned by Google. He claims the company” is making millions and profiting from the victimization of women” and that its “Don’t be evil” motto is a “sham.” 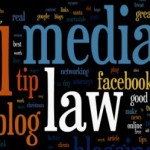 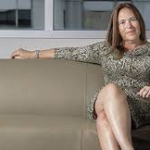