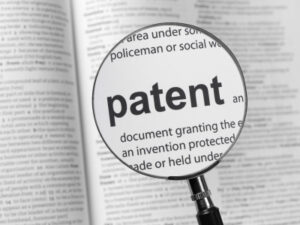 China has become a new battlefield in the global patent war amongst tech giants in the telecom industry. On 4 January 2018, the Shenzhen Intermediate People’s Court (“Court“) rendered a landmark judgment in the Huawei v. Samsung standard essential patent (“SEPs“) case that is expected to reshape dynamics between the SEP licensors and licensees. On 21 March 2018, the Court released the non-confidential version (Chinese) of its judgment to the public.

The Court ruled in Huawei’s favor — finding that Huawei had fulfilled its obligations under the fair, reasonable and non-discriminatory (“FRAND“) principle, but Samsung had not. Based on that finding, the Court granted an injunction against Samsung, forbidding any future infringement of Huawei’s SEPs through the commercialization of Samsung’s devices. The Court developed a fault-based approach to evaluate Samsung’s and Huawei’s actions during the licensing negotiations.

SEPs are patents which are meant to be indispensable for the proper working of a product implementing a standardized technology. The SEPs involved in the Huawei v. Samsung case concerned patents for telecommunication technologies, in particular what is known as 2G, 3G and 4G mobile communication standards

Both Huawei and Samsung own extensive patent portfolios including numerous SEPs. This case was mainly about Huawei’s SEPs –in particular, to what extent Samsung was allowed to use those SEPs in its communication devices like mobile phones, tablets etc. without having obtained a formal license from Huawei.

Huawei brought its court action alleging that Samsung’s devices infringed its SEPs, and asked the court to grant an injunction against Samsung. Huawei argued that Samsung, by selling communication devices compliant with the 2G, 3G and 4G standards, had by definition implemented Huawei’s SEPs. The Court accepted these arguments without much discussion.

The only aspect where the Court made an in-depth analysis was whether Huawei was entitled to seek an injunction based on its SEPs, as SEPs are subject to a set of specific conditions.

When a patent is incorporated into an industry standard and the patent holder believes it may become essential to the implementation of the standard, it will need to make a pledge to license the patent to all interested parties on FRAND terms.

Both Huawei and Samsung agreed to license their communication SEPs on FRAND terms. The question before the Court was whether in the negotiations to cross-license their patent portfolios, each of the two companies had complied with their FRAND obligations. The Court found that Huawei had, and Samsung had not.

The Court re-phrased the FRAND analysis as an assessment of whether the SEP holder was “at fault” in terms of their procedural actions during the negotiation phase. It examined the extensive records of Huawei and Samsung’s licensing negotiations and determined that Samsung deliberately “delayed the negotiations” that began in July 2011 and was “clearly at fault.” Then, the Court also looked at the substance of the respective licensing offers — i.e. whether the royalty rates that each party offered were compliant with the FRAND principle.

The Court started its legal analysis by examining Samsung’s conduct during the lengthy (cross)-licensing negotiations. When analyzing Samsung’s compliance with the FRAND principle, the Court found the company “at fault” on several aspects, as Samsung was found to have:

Still, the Court also found a minor fault in Huawei’s behavior during the licensing negotiations: the company was not clear enough about the amount of LTE SEP families, acquired from Sharp, were to be included in the cross-license. Nonetheless, since Huawei was found to have corrected its fault later on, the Court held the issue not to materially affect the overall negotiation process.

After the analysis on the procedural aspects, the Court also examined the substance of the parties’ respective licensing offers. It examined the royalty rates that each party proposed, and held that the Samsung’s offer was “clearly at fault,” whereas Huawei’s was not.

To reach this conclusion, the Court essentially made a two-step analysis: first, it assessed the relative strength of Huawei’s and Samsung’s SEP portfolios, and, second, it compared the licensing offers by the two companies with their respective SEP portfolio strength.

In the first step of the analysis – assessing Huawei’s and Samsung’s 3G and 4G SEP portfolio strengths – the Court basically followed a “top-down” approach, although it did not use this precise term. In essence, the “top-down” approach looks first to the overall level of royalties associated with a standard and then allocates a portion of this total to an individual SEP holder based on the relative strength of its SEPs in that standard.

In its assessment, the Court used the numerous pieces of evidence and testimonies (including by economics experts) put before it and conducted a multi-factor analysis. Among others, the Court looked at:

For many of the factors of this analysis, Huawei’s number was higher than Samsung’s. Hence, the Court held that the relative strength of Huawei’s and Samsung’s SEPs was at least similar (on a worldwide basis, with Huawei being stronger in China).

The Court examined Huawei’s and Samsung’s licensing offers in quite some detail and concluded that Huawei’s proposed royalty was, and Samsung’s was not, in compliance with the FRAND principle. This finding was made against the backdrop that the parties were discussing a SEP cross-license agreement and Samsung asked for a royalty three times as high as Huawei. Having concluded before that Huawei’s SEP portfolio was at least as valuable as Samsung’s, the Court decided that Samsung’s demand was not reasonable and therefore not in line with the FRAND requirement.

The Court’s judgment in Huawei v. Samsung establishes a new approach for SEP licensing. The Court examined the conduct of both parties, both from a procedural and substantive perspective, to assess whether they behaved on FRAND terms.

The judgment is in line with the outcome in Xi’an Iwncomm v. Sony, where the Beijing High People’s Court at second instance affirmed that the licensor (Iwncomm, a Chinese company) had complied with FRAND obligations when negotiating SEP licensing with Sony. At the same time, however, the Huawei v. Samsung judgment departs (both in terms of outcome and analysis) from a prior key judgment of the same court – the Shenzhen Intermediate People’s Court – in Huawei v. InterDigital. As a couple of SEP cases are pending before Chinese courts at this point in time, it will be interesting to see whether the Huawei v. Samsung judgment indicates a shift to a more pro-licensor position more generally.

The Shenzhen Intermediate People’s Court’s judgment is clearly not the last word spoken in this case. Indeed, in addition to a potential appeal in China, on 13 April 2018, the District Court of the Northern District of California granted Samsung’s anti-suit injunction application against Huawei.

The injunction enjoins Huawei from enforcing the injunction orders issued by the Shenzhen Intermediate People’s Court in China, pending the result of the US litigation, in order to avoid a “hold-up” settlement before the US case is concluded.