You are here: Home / Crime / Bay Area Woman Guilty in Investment Scam that Caused Over $9 Million in Losses 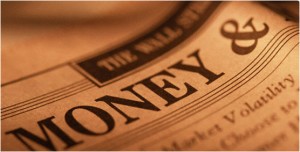 SANTA ANA, California — A San Jose woman was convicted today of a federal fraud charge for running a Ponzi scheme that bilked more than 250 victims out of approximately $9.5 million.
Bich Quyen Nguyen, 59, was found guilty conspiring to commit wire fraud, a crime that carries a possible penalty of 20 years in federal prison.
Nguyen was found guilty by a jury before United States District Judge Josephine L. Staton, who remanded Nguyen into custody after the jury’s verdict was returned. Judge Staton is scheduled to sentence Nguyen on March 13.
The evidence presented during a six-day trial showed that Nguyen told victims that she was the chief executive officer of a Swedish credit union that offered guaranteed returns as high as 46.2 percent on one-year certificates of deposit involving at least $1 million. Nguyen told victims that she used “trading platforms” and made trades at a high frequency and velocity to achieve the high rates of return. Nguyen told victims that their investments were safe because the victims’ money would be in “blocked” accounts. Nguyen told victims that she had prepared for the 2008 financial crisis so their returns were still protected and guaranteed.
To get the rates that Nguyen fraudulently promised, victims from southern California and Nevada organized private investment clubs to pool the required $1 million. Several of the victim investment clubs were located in Anaheim and Rialto. During the second half of 2008, Nguyen and co-conspirators made presentations to victims across the region, with some of the presentations taking place at churches.
In the Spring of 2009, the Securities and Exchange Commission obtained orders from United States District Judge David O. Carter that prevented Nguyen and her co-conspirators from continuing to offer these investments. Following the issuance of the injunctions, a receiver and forensic accountant reviewed records and determined that the victims’ money was never “safe,” in part because it was commingled with other victims’ money; some of the victims’ money was used to make Ponzi payments to other investors; and the promised investments were never made. Despite Judge Carter’s orders, Nguyen in May and July 2009 continued to offer investments in Las Vegas and overseas.
Previously in this case, another member of the conspiracy – Johnny Edward Johnson, 70, a former Bay Area resident who was arrested earlier this year while traveling in Central America – pleaded guilty to conspiracy to commit wire fraud. Johnson, who also faces a statutory maximum sentence of 20 years in federal prison, is scheduled to be sentenced by Judge Staton on March 28.
The investigation of Nguyen and Johnson was conducted by the Federal Bureau of Investigation. The SEC provided substantial assistance.
Tweet
Share
Pin
Share
Share
0 Shares
/a>