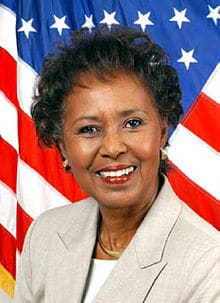 As we celebrate Black History Month, Jones Day recognizes and honors the important presence and contributions of the Firm’s African-American lawyers making a difference in the workplace and community.

Yvonne Burke was Jones Day’s first African-American woman partner. She joined the Corporate Group-Public Finance practice in Jones Day’s Los Angeles Office in 1987. Ms. Burke grew up in Los Angeles, where her father worked as a janitor for MGM studios. Her mother was an elementary school teacher and later became a real estate broker.

Ms. Burke shone early in her career as a defender of public interest. In 1965, after the wildly destructive Watts riots in Los Angeles, she played a key role in organizing the legal defense for those charged in the riots. Soon after, the governor named her to the McCone Commission, which was charged with determining the cause of the riots.

Ms. Burke’s political career began in earnest in 1966 with her first “first,” her election as the first African-American assemblywoman in California. She served three two-year terms in the California legislature as representative of the state’s 63rd Assembly District. Among the causes she championed were prison reform, child care, education, and equal opportunities for minorities and women. As Chair of the Housing and Urban Development Committee, she developed legislation that expanded eminent domain payments to include relocation assistance for owners, renters, and businesses that were displaced when their properties were rendered unusable by nearby airport expansions or similar projects. The new rights created under the law were named “Brathwaite Rights” in honor of their sponsor. It was during this time she met her husband, William Burke.

Ms. Burke became a national political figure when she was chosen as the vice-chair of the 1972 Democratic National Convention, the first African-American and the first woman of color to hold this position. Her 1972 Congressional win made her the first African-American woman elected to Congress from California or any other state in the American West. She served in Congress from 1973 to 1979, serving under three presidents in six turbulent years spanning the Watergate era. “I came along at a time when there was a demand to give men greater visibility and opportunity,” Ms. Burke is quoted as saying in the Columbia Book of Quotations. “In white society they were saying, ‘Women can’t do it.’ In black society, they were saying, ‘Women do too much.’ It’s a diabolical situation.”

While in Congress, Ms. Burke also became the first member of Congress to give birth while in office and therefore the first representative to be granted maternity leave.

After leaving the nation’s capital, she became the first African-American member of the Los Angeles County Board of Supervisors. She served from 1979 to 1980 and regained her seat in 1992, serving until 2008. As a member of the Board of Supervisors, she focused on the needs and education of children, especially those who must be cared for in the County’s foster care programs. She was a prime mover in bringing about the Department of Children and Family Services new Family to Family program, promoting the placement of foster children in homes near their original neighborhoods. She also established numerous child care centers that in addition to supervision also provide learning enrichment programs and nutritious meals.

Ms. Burke joined Jones Day in 1987 as a partner. Of her time at Jones Day, she said “I found my experience at Jones Day to be a very meaningful one, and I’ve been very pleased that I made the decision to come here. It was a real opportunity for me. It’s been an interesting time, as the legal profession is in the course of significant change.”

Ms. Burke was a board member of the California Federal Reserve Bank, and vice chair of the 1984 U.S. Olympics Organizing Committee. She sat on boards of numerous organizations and corporations, including Nestlé, and in 2013, was appointed by President Obama to serve on the Amtrak board of directors. She presently serves as an Arbitrator for AAA and FINRA. She is also a member of the California Transportation Commission, a member of the Board of Century Housing, and a fellow of the National Academy of Public Administration.

Jones Day is a global law firm with more than 2,500 lawyers in 43 offices across five continents. The Firm is distinguished by: a singular tradition of client service; the mutual commitment to, and the seamless collaboration of, a true partnership; formidable legal talent across multiple disciplines and jurisdictions; and shared professional values that focus on client needs. 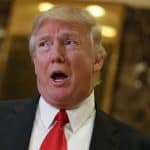 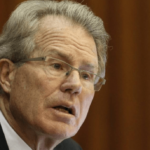