The investigation concerns whether Checkpoint and certain of its officers and/or directors have violated Sections 10(b) and 20(a) of the Securities Exchange Act of 1934.

On Thursday, March 6, 2014, the company announced that “it is delaying the distribution of its 2013 fourth quarter and fiscal year earnings release scheduled for today, as well as the related conference call and webcast previously scheduled to take place tomorrow, Friday, March 7, 2014. Checkpoint needs additional time to complete the review of its financial results for the fourth quarter and full year 2013.”

On March 31, 2014, the Company issued a Securities and Exchange Commission (“SEC”) Form 8-K setting forth the impact of its restatement on its financial statements.  The Company’s restated net earnings and revenues were materially lower than those previously reported by Checkpoint.

The Pomerantz Firm, with offices in New York, Chicago, San Diego and Florida, is acknowledged as one of the premier firms in the areas of corporate, securities, and antitrust class litigation. Founded by the late Abraham L. Pomerantz, known as the dean of the class action bar, the Pomerantz Firm pioneered the field of securities class actions. Today, more than 70 years later, the Pomerantz Firm continues in the tradition he established, fighting for the rights of the victims of securities fraud, breaches of fiduciary duty, and corporate misconduct. The Firm has recovered numerous multimillion-dollar damages awards on behalf of class members. See www.pomerantzlaw.com . 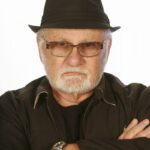 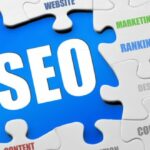