Proskauer* It was widely reported that on the June 5 episode of the HBO program, Last Week Tonight, John Oliver forgave nearly $15 million of medical debt. That’s not quite right.

This blog explains what really happened and why the forgiveness did not cause the debtors to recognize “cancellation of debt income” (“COD”) for federal income tax purposes. Proskauer helped structure the debt forgiveness and, on a pro bono basis, represented RIP Medical Debt, the charity that actually forgave the debt.

The Tax Consequences of Debt Forgiveness

Under Section 61(a)(12) and section 1.61-12 of the Treasury regulations, generally when debt is forgiven, the taxpayer is taxable.  So if an individual borrows $100, and then the creditor forgives the debt, the debtor generally has taxable income, and has to pay tax on the $100 of forgiven debt.

Section 108 provides certain exceptions to this general rule, but the exceptions are limited.  For example, COD is not recognized when the debtor is insolvent or the debtor in a bankruptcy proceeding under title 11 of the United States Code.  Some of the debtors whose debt was forgiven on Last Week Tonight might have qualified for one of the exceptions, but many would not have.

Therefore, if John Oliver (or, more precisely, his corporation, Central Asset Recovery Professionals, also known as “CARP”) had simply forgiven the debt, the debtors might have been taxable on the amount forgiven.

Fortunately, that’s not what John Oliver actually did.  Instead, he donated the debt to Medical Debt Resolution, Inc., which goes by the name, “RIP Medical Debt” (“RIP”).  RIP is a Section 501(c)(3) charity whose purpose is to provide charitable aid by purchasing and forgiving the medical debt of poor people.  RIP forgave the debt as a gift to the donor out of “detached and disinterested generosity.”  And that is why the debtors were not taxable.

Section 102(a) provides that gross income does not include the value of property acquired by gift.  In other words, gifts are tax-free.

Unfortunately, there is no definition of gift in the Internal Revenue Code.  The Supreme Court in Commissioner v. Duberstein held that a gift “proceeds from a detached and disinterested generosity” and is made “out of affection, respect, admiration, charity or like impulses,”   but doesn’t include a transfer that is made “from the constraining force of any moral or legal duty, or from the incentive of anticipated benefit of an economic nature.”   In short, the donor has to have a pure heart for a “gift” to be a gift for tax purposes.

What would have happened if John Oliver’s corporation had forgiven the debt itself?

No one really knows.  John Oliver is a decent sort of guy.  But would his corporation have been proceeding out of detached and disinterested generosity, or in part to boost John’s ratings?

That’s where RIP comes in. RIP does have a pure heart. Its sole purpose is to forgive debt to help poor people.

Patients and poor people are each charitable classes.  Medical debt is typically incurred by uninsured patients.  RIP’s gifts of the forgiven debt to these members of charitable classes were made with a pure heart and therefore should constitute tax-free gifts.

David Miller is a Proskauer partner in the New York office specializing in tax issues. 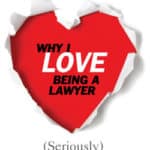