“Should I Stay, or Should I Go,” ask The Clash. There’s a basic tendency to see our decisions in a binary fashion: There are two choices, and choosing one excludes the other.

But for those seeking to understand and improve human decision-making, there are reasons to believe that this is not the way to optimal decision-making. Steven Johnson is a noted business, technology, and psychology writer, and author of the forthcoming book, Farsighted: How We Make the Decisions that Matter the Most.

According to Johnson in a recent New York Times article, most people, in most situations, will artificially restrict their range of options when making decisions, even and perhaps especially big decisions, and that restriction leads to less effective decision- making. “One important insight that has emerged from this research,” he writes, “is the importance of generating alternatives to any course of action you are considering.” The greater the number of options or paths ahead of us, the better our decision-making can be.

The litigation arena, of course, is an arena of decision-making. As we get ready for trial or mediation, there are countless choices that need to be made in how you frame and focus the case. And as we move toward actually arguing the case, we are shifting the decision-making to your judge, jury, or mediator, and make second-level choices on the choices we’ll offer to our decision makers.

So, in both preparation and presentation, the range of choices matters. The implication of Johnson’s perspective is that in both arenas, litigators should avoid artificially restricting their options and pay attention to the number of paths considered and offered. In this post, I’ll unpack the implications of Johnson’s article and offer some places — more than two — that you can take it.

More Paths In Your Preparation and Planning

Johnson writes of business school professor Paul Nutt who looked at major real-world decisions by public and private organizations. Nutt found that just 15 percent of these decisions involved decision makers actively pursuing an option outside of whatever choices were on the table. In addition, only 29 percent of the decision makers considered more than one alternative, and the decisions that were based on only one option ended up being a failure more than 50 percent of the time. These are the signs of restricted choice and groupthink.

For litigators, that means asking the question about any given choice or about the case as a whole, “If this fails, how will it fail?”

The article also touches on the work of psychologist Gary Klein, and the idea of doing a “pre-mortem” on decisions, which means projecting oneself into the future, imagining that the path you’ve chosen has failed, and looking at why it failed. For litigators, that means asking the question about any given choice or about the case as a whole, “If this fails, how will it fail?”

You don’t have a crystal ball, but when you know your case, you usually have a pretty good idea. And that kind of failure analysis can work. “By forcing yourself to imagine scenarios where the decision turned out to be a disastrous one,” Johnson writes, “you can think your way around those blind spots and that false sense of confidence.”

At the strategy stage, the more options you have on the table, the better. I am currently working on a trial-bound case where the number of trial stories and themes considered so far numbers in the dozens. The journey to a good message can be frustrating. But ultimately, that broad net is going to pay off in a better message. Having more options is and advantage, and also the reason diverse teams are better. As Johnson notes, “Homogeneous groups — whether they are united by ethnic background, gender or some other commonality like politics — tend to come to decisions too quickly. They settle early on a most-likely scenario and don’t question their assumptions, since everyone at the table seems to agree with the broad outline of the interpretation.”

More Paths in Your Advocacy

Advocates aren’t just making their own choices, they’re also offering choices to their fact-finders: How many ways can this evidence be interpreted? What are the options for a verdict? How many ways are there to get to damages? In advocacy, especially when dealing with jurors, the answer isn’t “The more, the merrier.” You still need to be clear and to not allow too much conditional argument (If you didn’t buy that, how about this…) to interfere with your credibility.

But there are cases where expanding the options is strategic advocacy. For example, if you are a plaintiff offering a proposed amount for damages, then it might help to also point to a larger amount that you could ask for but you’re not asking for. That way, your preferred amount is framed as the reasonable midpoint between that really high amount and the zero or low amount the defendant is offering.

Defendants, for their part, also need to think about options. In most cases, the binary choice between “nothing” and “plaintiff’s ideal amount” isn’t optimal for a defendant. Giving a lower anchor or even several ways of getting to a lower number is frequently the best strategy. 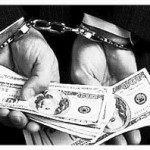 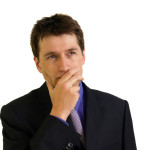