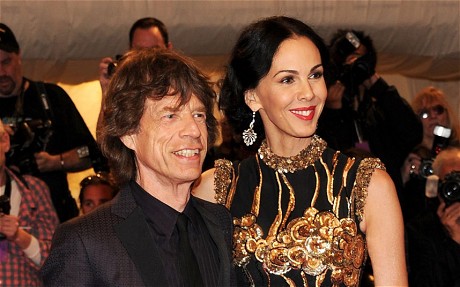 Mick Jagger’s girlfriend, designer L’Wren Scott, 47, who hung herself in her New York apartment while her London-based business was deep in debt.

The business, LS Fashion Ltd, had a debt level of $5.9 million for 2012 and also recorded a deficit in 2011 of over $4 million.  To add to her woes, L’Wren had her London Fashion Week show cancelled because, as one fashion industry commentator said, was due to the fact that her “business just crashed”.

She had also split from Jagger recently.

Scott was a famous stylist and fashion designer. High profile celebrities including Nicole Kidman, Angelina Jolie and Penelope Cruz have all work her clothes.

As well as her own career, L’Wren is known for her relationship with Rolling Stones lead singer Sir Mick Jagger, whom she has been involved with since 2001.

She was born Luann Bambrough and began to make her own clothes and create a unique image for herself, set off by her striking 6ft 4in height.

She was spotted shooting a Calvin Klein advert, she left Utah, where she had been adopted and brought up by religious Mormon parents.

After moving to Paris and changing her name she developed her successful career as a fashion designer. 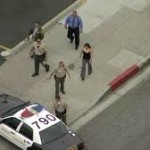