Lawyers on Demand (LOD), the new law firm, has taken advantage of regulatory changes in the UK to launch what it calls ‘challenger law firm’ unveiled this week.

LOD have been expanding their legal services in both Australia and New Zealand and now the UK with the new ‘challenger’ firm.

LOD provide advice to in-house teams beyond the traditional law firm structure or as an alternative business structure (ABS), which is a move away from their basic business model.

The move marks a departure from LOD’s core on demand model because the 30-strong legal team, which is made up of former in-house lawyers, provide advice in similar way to a traditional law firm or ABS does.

The UK is LOD Legal’s third location, having been launched in Australia in 2017 and also rolled out to New Zealand.

The new Solicitors Regulation Authority Standards and Regulations came into effect in England and Wales on 25 November and clarified the way lawyers as individuals are regulated, permitting them to work outide of a regulated ‘firm’ or other entity.

“We hadn’t aspired to becoming an ABS because we felt that was more like building a traditional type of law firm,” said LOD co-founder Simon Harper. “However, the new SRA rules are more flexible to open up the market. We had been using a law firm model in Australia and the rule change was an extra nudge to us to roll out the equivalent in the UK.”

The team is being led by Harper and Amber Foster, former UK general counsel and head of government affairs at QVC and LOD’s consultant legal director. 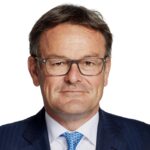