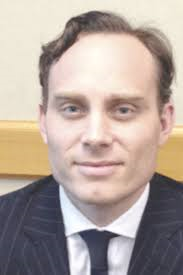 Preet Bharara, the United States Attorney for the Southern District of New York, announced today the appointments of Brendan McGuire as Co-Chief of the Terrorism & International Narcotics Unit and Arlo Devlin-Brown as Chief of the Public Corruption Unit.

Prior to joining the U.S. Attorney’s Office, Mr. McGuire, 37, clerked for the Honorable Peter K. Leisure of the Southern District of New York and worked as an associate at Paul, Weiss, Rifkind, Wharton & Garrison and Stillman & Friedman PC in New York. He is a graduate ofWilliams College and New York University Law School.

Mr. Devlin-Brown joined the U.S. Attorney’s Office in 2005. Prior to being named Chief of the Public Corruption Unit, he served as Deputy Chief of the Unit. Mr. Devlin-Brown has also served as a member of the Securities & Commodities Fraud Unit, the Complex Frauds Unit,and the Organized Crime Unit. During his tenure, Mr. Devlin-Brown was part of the SouthernDistrict teams that prosecuted and convicted former portfolio manager Mathew Martoma and indicted four SAC Capital Management Companies for insider trading; he played a key role in the investigation and charging of JPMorgan Chase for Bank Secrecy Act violations in connectionwith Bernard L. Madoff’s multibillion-dollar Ponzi scheme that resulted in a $1.7 billion

forfeiture to be used to compensate Madoff’s victims. Mr. Devlin-Brown successfully prosecuted one of the largest Medicare fraud schemes – approximately $100 million –perpetrated by a single criminal organization. He also handled the prosecution of 12 seniorexecutives and others from three leading illegal Internet gambling companies, which resulted inthe termination of U.S. operations of these companies and over $1.5 billion in forfeiture.

Prior to joining the U.S. Attorney’s Office, Mr. Devlin-Brown, 40, clerked for theHonorable Kermit V. Lipez, United States Court of Appeals for the First Circuit, and worked asan associate at WilmerHale in New York. He is a graduate of Columbia University and HarvardLaw School.

In making these appointments, Mr. Bharara said: “Brendan McGuire and Arlo Devlin-Brown are talented and dedicated public servants who have already made significant andvaluable contributions and served the residents of the Southern District in the highest traditionsof this Office. I am confident they will continue to do the same in their new positions, and I am grateful for their service.” 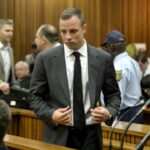