You are here: Home / Law Firms / Power Law Briefing: Retaining the Use of Productive Land 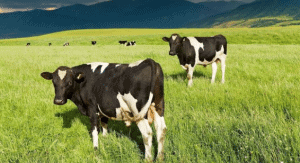 The proposed NPS will regulate the protection of highly productive land nation-wide. This approach will result in more certainty for both the infrastructure and development sectors, as well as primary producers.

Issue one – inconsistency across districts

There is currently a ‘mishmash’ of inconsistencies in district plans throughout the country, due to a lack of guidance under the RMA. There are some recent examples where the Environment Court (and councils) have refused applications for built development on versatile land. For example, in 2016 Bunnings was refused consent because the Hastings District Plan provisions were strongly directed towards protecting rural resources. However, not all councils have such protective provisions, making it difficult for councils to refuse consent for development on such land when traffic, noise and visual effects are acceptable.

What is highly productive land?

What does the proposed NPS mean for you?

The proposed NPS will be national guidance that must be incorporated into district plans to regulate the use of highly productive land. Getting the NPS right is critical.

Under the new system to be introduced by the proposed NPS, if land is classed as “highly productive” it will be extremely difficult to develop, including for infrastructure. This approach is a significant change from the present, as there is currently an inconsistent approach among councils.

Whatever side of the fence you sit on (whether you’re an infrastructure provider or primary producer), you should:

Short term: Make a submission on the proposed NPS. MPI is urging the public to submit so that it has a better understanding of the scale and impact of councils’ currently inconsistent approaches to protection of highly productive soil throughout the country. MPI particularly requests feedback on:

Longer term: Although there will be national guidance, the proposed NPS still retains flexibility for councils to consider and respond to local circumstances. Keep an eye out for district plan changes implementing the NPS, and the identification of “highly productive land”.