The Panamanian law firm at the center of the current scandal over high level tax evasion and asset-hiding, relies on an extensive network to do its dirty work – and they include lawyers, bankers and accountants to support its high net-worth clients.

Mossack Fonseca is based in Panama and has made millions from its high net worth, high profile string of clients, with offices in more than 25 countries.  The sophisticated set-up has involved law firms, accountancy practices, banks and others to deal with the tricky, secretive business that has now been ripped open by a bunch of investigative journalists.

Among the supporting financial institutions are HSBC, Credit Suisse and Coutts, hiring the law firm to manage the finance of their wealthy clients.

They then work with Mossack Fonseca to create thousands of offshore accounts, which are allegedly used to help clients launder money, dodge sanctions and evade tax, the Mail Online reports, showing the full network of the law firm. 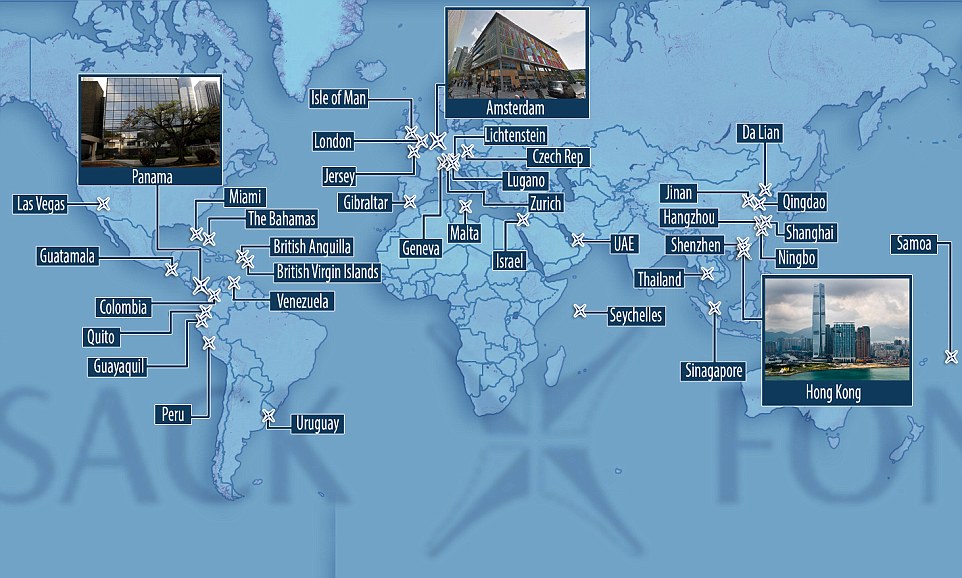 International operations: Mossack Fonseca lists 37 offices in countries around the world but only a handful of addresses are listed, including those for their Amsterdam branch (pictured), Asian headquarters in Hong Kong, and head office in Panama. Pictured, locations of the branches according to the law firm’s website and information from the International Consortium of Investigative Journalists

Mossack Fonseca, believed to be a market leader in the creation of shell companies, has branches in London, Zurich, Amsterdam and more than 35 other places around the globe.

There are at least seven branches in China. The firm lists locations for 37 offices, although there is evidence they have more under their control.

Court documents filed in Las Vegas, Nevada, claimed the law firm had created more than 100 companies in the state that had been used to steal millions of dollars from government contracts in Argentina, according to the International Consortium of Investigative Journalists.

The firm tried to block a request for financial details by claiming that its Las Vegas operations, run by MF Corporate Services (Nevada) Limited, were not part of the Mossack Fonseca group. Co-founder Jürgen Mossack even testified to this fact in court.

However records obtained by the ICIJ show that the Nevada companies were owned by Mossack Fonseca, and that the firm took steps to wipe records to keep clients’ details from the justice system. 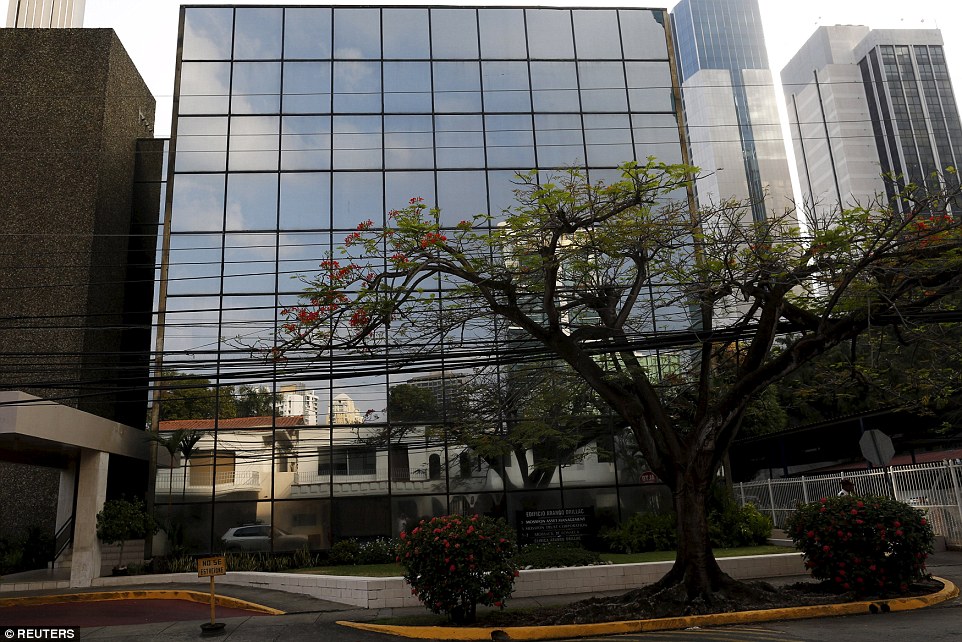 Panama City, Panama: Mossack Fonseca has its headquarters in this building, but operates worldwide

In comments to ICIJ, Mossack Fonseca ‘categorically’ denied hiding or destroying documents that might be used in an ongoing investigation or litigation.

The leaked records – known as the Panama Papers – were obtained by the German newspaper Süddeutsche Zeitung, and shared by the ICIJ with The Guardian and the BBC.

The data covers nearly 40 years, from 1977 to the end of 2015, and lists nearly 15,600 paper companies set up for clients who wanted to keep their financial affairs secret.

Thousands were created by UBS and HSBC, the latter of which was fined by the US government for laundering money from Iran. ICIJ will release the full list of companies and people next month.

But Vladimir Putin’s hidden billions are one of the highest-value and highest interest components in the documents revealed by the exposure. 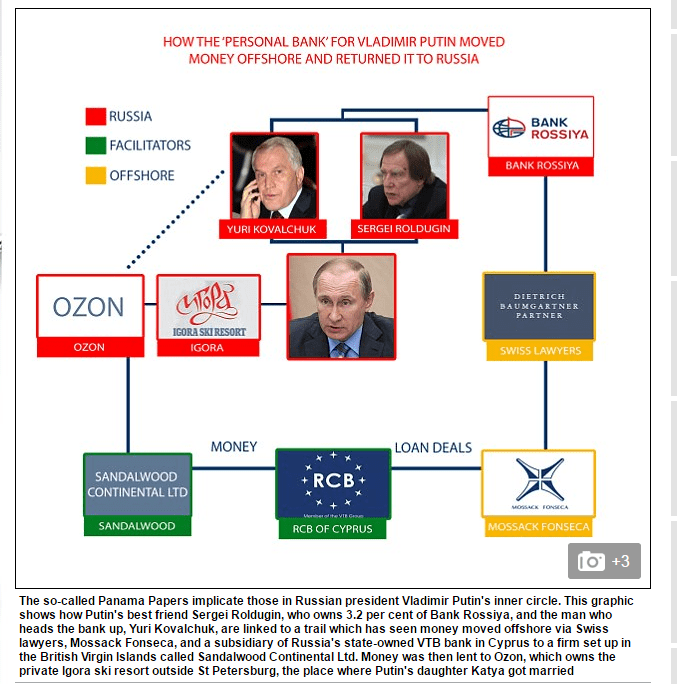 The banks are the ‘big drivers’ behind the creation of difficult-to-trace companies in Panama, Bermuda and other off-shore havens, the leaked documents show.

While using offshore companies is not illegal, the practice has long been morally dubious and is under the spotlight amid a wider examination of tax avoidance by large companies such as Google.

Much of the firm’s work is perfectly legal and benign. But for the first time the leak takes us inside its inner workings, providing rare insight into an operation which offers shady operators plenty of room to manoeuvre.

The system relies on an industry of bankers, lawyers, accountants and go-betweens who work together to protect their clients.

The £26million stolen during the Brink’s Mat robbery in 1983 may have been channelled into an offshore company set up by Mossack Fonseca, the leaked documents reveal.

Families and associates of Egypt’s former president Hosni Mubarak, Libya’s former leader Colonel Gaddafi and Syria’s president Bashar al-Assad are among 12 world leaders who are said to have benefited from tax havens.

HSBC spokesman Rob Sherman said: ‘The allegations are historical, in some cases dating back 20 years, pre-dating our significant, well-publicised reforms implemented over the last few years,’ .

‘We work closely with the authorities to fight financial crime and implement sanctions.’

Mossack Fonseca said in a statement: ‘Our firm has never been accused or charged in connection with criminal wrongdoing.

‘If we detect suspicious activity or misconduct, we are quick to report it to the authorities.’

Gerard Ryle, director of the International Consortium of Investigative Journalists, said the documents covered the day-to-day business at Mossack Fonseca for the past 40 years.

He said: ‘I think the leak will prove to be probably the biggest blow the offshore world has ever taken because of the extent of the documents.’