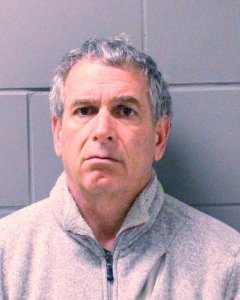 U.S. Attorney Geoffrey S. Berman said: “The fraud scheme for which Edward Durante was sentenced today began while he was still in prison from a prior securities fraud conviction. Durante returned to what he knew best, lying to investors – many of whom were retirees who lost their life savings – about how their money would be used, and concealing his manipulation of the securities market. Edward Durante is now a twice-sentenced securities fraud felon.”

According to the allegations contained in the Indictment filed against DURANTE and his co-conspirators, and statements made in related court filings and proceedings:

In December 2001, DURANTE was convicted in federal court of conspiracy to commit securities fraud, wire fraud, and money laundering, as well as making false statements in connection with a market manipulation scheme in which the defendant also used the alias “Ed Simmons.” The defendant was sentenced to 121 months in prison and was released in or about 2009, the year he began the current scheme. In connection with that scheme, DURANTE was ordered to pay disgorgement and prejudgment interest totaling over $39 million. DURANTE was also barred from certain activities in connection with the securities industry, including the sale of securities.

After being released from prison, between 2009 and in or about March 2015, DURANTE and his co-conspirators fraudulently induced victims to invest in private shares of VGTL by, among other things, concealing from investors that DURANTE controlled the entities selling the shares; that DURANTE was prohibited from any association with the sale of securities; and that DURANTE was previously convicted of crimes related to a similar scheme to defraud. Furthermore, DURANTE and certain of his co-conspirators lied to investors by (a) representing that their investments would be used to fund the operations and growth of VGTL in connection with potential reverse mergers, when in reality no reverse mergers were ever consummated and investor funds were instead used primarily to benefit the defendants personally; and (b) representing that the investors would receive an eight percent dividend on their investments until their private shares could be sold at a promised premium on the public market, when, in reality, no interest payments were ever provided to the investors and many investors never obtained VGTL stock certificates or the ability to sell the stock. In order to fund his illegal scheme, DURANTE used a network of brokers, including co-conspirators Larry Werbel and Abida Khan, investment advisers in Cleveland, Ohio, and Los Angeles, California, respectively, to induce investors to buy shares of VGTL.

Manipulation of the Market for Shares of VGTL

DURANTE also engaged in a scheme to control and manipulate the publicly traded stock of VGTL in order to artificially inflate the stock price and trading volume so as to profit from his own sales of VGTL stock and to further induce investments in private shares of VGTL. To that end, through entities he controlled, DURANTE held a majority of the publicly traded stock of VGTL. DURANTE recruited co-conspirator Christopher Cervino, a broker, to open brokerage accounts associated with DURANTE-controlled entities and investors who were clients of Werbel and Khan, many of whom did not know that brokerage accounts under their names had been opened with Cervino. Werbel and Khan, along with DURANTE, induced their clients to purchase VGTL stock through Cervino – sometimes without the clients’ knowledge or permission – while DURANTE and Cervino ensured that many of these purchases were matched with sales of VGTL stock by DURANTE-controlled accounts. The result of these transactions was that DURANTE and his co-conspirators were effectively taking both sides of a single transaction in VGTL stock in order to artificially control VGTL’s stock price. The efforts of DURANTE and his co-conspirators to artificially inflate the market for VGTL increased the stock price from approximately $.25 per share in April 2012 to as much as $1.90, and dramatically inflated the trading volume, which increased DURANTE’s ability to raise private investments in VGTL. To compensate Cervino for his efforts to control and manipulate the market in VGTL, DURANTE made at least two cash payments to Cervino totaling $35,000. Moreover, DURANTE then laundered proceeds from the scheme to accounts controlled by him and his co-conspirators, concealing the true nature of these transactions by utilizing wire transfers among multiple accounts in the names of other individuals.

In addition to the 18-year prison term, DURANTE, 64, was sentenced to three years of supervised release and ordered to forfeit $15,404,231.

Mr. Berman praised the work of the Federal Bureau of Investigation and the U.S. Postal Inspection Service, and thanked the Securities and Exchange Commission for its assistance. He added that the investigation is continuing.

This case is being handled by the Office’s Securities and Commodities Fraud Task Force. Assistant U.S. Attorneys Andrea M. Griswold and Rebecca Mermelstein are in charge of the prosecution. 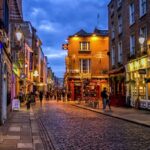