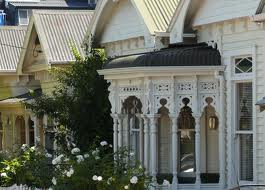 The potential implications of this at both the human and the national level are serious. The effect on the banking system of a sudden and severe price correction in Auckland is exercising the mind of the Reserve Bank and may even be keeping the RBNZ Governor awake at night.

For young or newly arrived Aucklanders, getting entry into the Auckland housing market is like trying to win Monopoly with no streets – paying rent and not saving. If you want to own a piece of ‘Leicester Square’ or even ‘Old Kent Road’, you have to be prepared to pay ‘Mayfair’ prices.

Which will be why the Government chose to promote its planned reforms to the Resource Management Act 1991 as part of a multi-faceted solution to the Auckland housing crisis and as the “most significant overhaul” in the RMA’s turbulent 25 year history.

But is RMA reform a ‘Get out of Jail Free’ card for Auckland’s housing problems? And even if it is, are there broader considerations which should be weighed in the balance?

The RMA can obviously be improved, but the many other factors at play need to be acknowledged. These have been noted in reports by the Productivity Commission and other organisations and include:

•rapid population growth – Auckland continues to be the city of choice for migrants from overseas and from within New Zealand
•demand for large, high-end housing – the weekend Herald Homes section suggests apartments are more affordable and are available in abundance but New Zealanders still want a self-contained house with room for backyard cricket within a stone’s throw of the CBD
•a building industry dominated by small independent companies constructing bespoke homes out of expensive (by comparison with Australia) building materials – supply issues which have been aggravated by the Christchurch earthquake and leaky building syndrome
•fragmented land parcels preventing large scale land development
•infrastructure availability and costs
•building regulation and lack of access to development finance
•land banking, and
•a taxation system which favours investment in housing.
Planning restrictions and processes undoubtedly add time and cost to development. However, they can also confer environmental and social benefits which are harder to quantify so don’t feature much in the reporting.

Inconsistent and overly bureaucratic approaches by council staff also add substantially to the regulatory burden. That issue is also hard to quantify, let alone fix. Further, no one is suggesting removing all RMA regulation, which means some regulatory costs will remain. A proper cost benefit analysis needs to be undertaken.

So what does the Government’s proposed revamp of the RMA look like, and how will it help? There is plenty of work to do to wordsmith the details, but the current proposal includes:

•the addition of four new matters to the RMA principles (natural hazards, urban planning, housing affordability, and infrastructure)
•national planning templates to standardise plans
•streamlined plan-making processes, and
•more national (as opposed to local) regulation.
Adding urban planning, housing affordability and infrastructure to the RMA principles is likely to give these issues greater prominence in RMA decision-making. The updates seem a valid movement with the times and will be welcomed by developers and infrastructure providers. Having said that, major legislative change of this nature can bring with it a wave of litigation, so the Government will need to be careful with the new terminology.

Balancing environmental protection with economic and social needs is also potentially fraught. Arguably, there is more pressure on the natural environment than when the RMA was first brought in. Care should be taken to learn from our past mistakes in this space. Anyone involved in freshwater reform will know that fixing environmental problems after they have occurred is hard, expensive and can take generations to resolve.

One way to manage these sorts of issues which the Government is promoting as part of the next phase is to develop more prescriptive bottom lines and more national direction. It has already made good progress, for example, in the areas of air and freshwater standards. Prescriptive standards will, however, be more difficult to implement on more subjective planning matters such as what is “good quality urban design” and how to manage a city’s spatial growth.

There are good learnings and experiences from the range of special procedures brought in by Government in recent years to tackle particular bottle-necks. These are provided for through the Housing Accords and Special Housing Areas Act and within the Auckland Unitary Plan. Adding such “fast track” processes to the RMA tool kit could help relieve some of the pressure. However the experience is that, while they are definitely quick, they are also resource heavy and bring a range of new process challenges.

National planning templates would also appear a good idea to get some consistency and efficiency across the country, but will take time to bed in. The Government will need to think carefully about adding more process burdens to communities. Process fatigue has set in for those going through major planning processes in the Auckland and Canterbury regions. The major corporates and government entities are hanging in there, but the smaller players have been almost completely shut out.

The elephant in the room is public participation. Relatively open participation has been a basic tenet of the RMA since its inception and is the root of many of the RMA’s delays in the planning and consenting of medium to large scale projects. While it is easy to suggest that participation rights should be restricted, many people will be concerned about closing down the voice of legitimate public interest.

It will be difficult getting the appropriate balance between this right to be heard and restricting the NIMBYs (not in my back yard). We hope the Government can at least do away with the ‘BANANAs’ (Build Absolutely Nothing Anywhere Near Anything).

Ultimately, the RMA can and should be continually improved, as resource management issues of importance evolve. However, the reforms should respect the RMA’s various functions and will only be able to take us so far as housing affordability is not just about regulation. 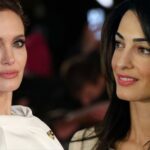 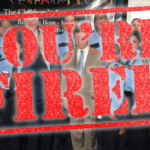