The litigation funders are fighting to battle CBL Corp, with the ‘first-up-best-dressed’ contender being Australian-based IMF Bentham, but now local heavyweight LPF Group has joined the fray with even more heavyweight institutional backing.

The second class action against CBL Corp and its directors has been launched with the support of the company’s largest, institutional shareholder, Harbour Asset Management, along with Argo Investments and brokers Forsyth Barr.

The first action, reported last week by LawFuel, was taken by Glaister Ennor, supported by Australian-based funder IMF Bentham, although the chances of two actions against the same ‘target’ is unlikely, as LPF’s Phil Newland (left) says.

The CBL collapse is one of the largest in New Zealand, as Harbour Asset Management Managing Director Andrew Bascand said.

It is also apparent that the directors withdrew considerable sums of money from the company prior to the collapse.

“Shareholders have lost everything. The directors of CBL need to be held to account and the out-of-pocket shareholders must be compensated,” Bascand says.

“Legal action is the only way shareholders can get any money back.”

“We want to know what the facts were and we probably have heard less than half the story.”

Asked how much his action is seeking, Newland says that will depend on how many CBL shareholders sign up and how much money each has lost.

“Our focus is on the losses that the shareholders have occasioned.”

Of the shares sold in the IPO, 22.8 million worth about $35.3 million were existing shares. In April 2017, directors Peter Harris and Alistair Hutchison and other senior managers sold 20 million shares for $3.26 each, or $65.2 million.

Skelton has been arguing the class action against Southern Response on behalf of Brendan and Colleen Ross, who are represented by solicitor Grant Cameron of GCA Lawyers.

Both the CBL cases are expected to proceed on an opt-in basis. The LPF-backed group say those who have already signed up to the IMF Bentham-backed case can opt out within 21 days if they wish to join their action.

Meredith Connell partner Fionnghuala Cuncannon says the suit against the CBL directors will claim there were false or misleading statements in the IPO documents and then ongoing breaches of the continuous disclosure obligations.

In February 2018, CBL revealed the Reserve Bank had been questioning its solvency for some time, certainly since July 2017, but that it had been bound by the central bank’s confidentiality order from telling the market any earlier. 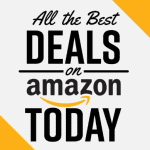