A lawsuit filed on behalf of two Japanese-American former Japanese sex slaves is one of the most controversial lawsuits filed in the United States.

Forbes contributor Eamonn Fingelton writes about the little-known lawsuit that has enraged many, including many lawyers and legal bloggers.  One, LA criminal lawyer Ken White calls the lawsuit “thoroughly contemptible.”  Others have equally strong words to say about the suit.

Would any self-respecting U.S. law firm represent a client who suggested the Jews deserved the Holocaust? Probably not. As a matter of honor, most law firms would run a mile, and even the least honorable would conclude that the damage to their reputation wasn’t worth it.

Where imperial Japan’s atrocities are concerned, however, at least one top U.S. law firm hasn’t been so choosy. In what is surely one of the most controversial civil suits ever filed in the United States, the Los Angeles office of Mayer Brown is trying to prove that the so-called comfort women – the sex slaves used by the Imperial Japanese Army in World War II – were no more than common prostitutes.

The suit has been filed on behalf of two Japanese-Americans, Michiko Shiota Gingery and Koichi Mera, plus a corporation called GAHT-US (a bizarre entity whose involvement must be a particular embarrassment to any decent person at Mayer Brown – more about this in a moment). At the center of the controversy is a Korean-funded memorial to the comfort women which was recently established in a park in Glendale, California. The suit suggests that the above named Japanese-Americans will suffer “irreparable injury” from “feelings of exclusion, discomfort, and anger” if the memorial is not removed.

This is, of course, the functional equivalent of suggesting that German-Americans suffer “irreparable injury” from memorials to the Jewish Holocaust. Basically it is preposterous.

Although the suit has so far received little attention in the mainstream American press, it has provoked outrage elsewhere, not least in London where the noted British commentator Robert Fisk has provided a particularly trenchant account. It has also sparked a firestorm among legal bloggers. Here, for instance, is a comment from Ken White, a prominent Los Angeles-based criminal attorney: “I cannot remember a lawsuit that so immediately repulsed and enraged…..This lawsuit is thoroughly contemptible. It should fail, and everyone involved should face severe social consequences.”

Strong words but White’s assessment is hard to fault. The indisputable historical record, after all, shows that countless women who served in the Imperial Army’s brothels were innocents seized at gunpoint in Japan’s erstwhile colonies and forced into sexual servitude. (Yes, of course, not all were innocents. The army’s first recourse was to professional prostitutes but even if every prostitute was prepared to volunteer for the truly appalling conditions involved, there were far too few prostitutes to serve the army’s purposes. Japan’s war was vast, spread as it was across eight time zones and involving at least six million troops — and for all in forward positions it was a nightmare.) 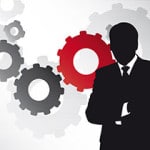