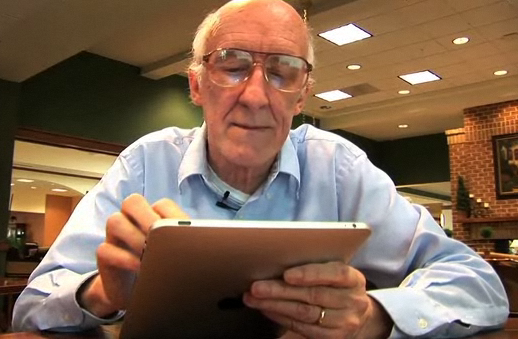 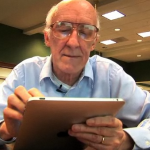 For lawyers, social media can be something regarded, perhaps far too easily, as something for the young and something to be left for them.  But dismissing it indicates that you are leaving a lot of marketing clout on the table because older people, in the US at least according to Pew Research, are far better able to use social media than many think.  The review is outlined in the following article.

Think of it as the graying of social media, writes Susan Reimer in the Baltimore Sun.

Mom and dad — even the grandparents — are flocking to Facebook, and for the same reason the kids do. Connections.

A report from the Pew Research Center found that 72 percent of adults who use the Internet also use social network sites, up from 67 percent just a year ago.

Women use social media slightly more than men, 74 percent to 70 percent. But the numbers are pretty consistent across educational, income and ethic demographics.

“Facebook is the big dog,” said Aaron Smith, a senior researcher with the Pew Internet Project and a co-author of the study. “All of the other sites — Pinterest, Instagram, Twitter — are much smaller. And much younger.”

Seniors like social networks for the same reasons everyone else does. They are a way to stay connected with family, with friends or with groups of people who share the same interests.

“They are just like the 18-year-olds,” said Mr. Smith. “The older folks were just a little slow on the uptake.”

The reason, Mr. Smith theorized, is not that older adults were intimidated by the technology. Rather, they needed to be convinced that there was something out there of value to them.

“That’s true of Internet use in general,” said Mr. Smith. “A perceived lack of interesting content. They don’t realize that all that information is out there. They have lived their lives without doing any of this — why do they need to start now?”

Then they see their friends using it and they realize that all this stuff about their hobbies or their interests is out there. “And it just cascades from there,” said Mr. Smith.

But if anything, it might be the idea that they could keep up with the kids and the grandkids that convinced them.

I spoke once to a garden club about all the gardening resources to be found on the Web, and few in the audience of older women knew what was out there. But one of the women confided to me after the presentation that she knew she had to learn — to text on a smartphone, to send email, to join Facebook — if she ever wanted to hear from her grandchildren.

I realized that it was true for me, too. You have to find your kids where they are.

But what I noticed, of course, is that the minute I entered the room on Facebook, the conversation stopped. My children and their friends seemed to have left the building. Have we grown-ups chased them away, I wondered?

“We haven’t seen a great deal of evidence of that,” said Mr. Smith. “Young adults are supplementing their Facebook use with other things. Instagram for sharing pictures. Twitter for following celebrities.

“It is more likely that they are dipping in and dipping out, moderating their Facebook use. You might go someplace where mom and your boss and your teacher aren’t. But you have built up a network. Why would you abandon it?”

It is likely that the numbers of young people using the Internet and social media sites will continue to hover at a saturation point. It is also likely that the numbers of older adults using these resources will grow very quickly in the next few years, if for no other reason than that so many of us use it for work and will continue to use it in retirement.

But there is another statistic worth keeping in mind, said Mr. Smith.

“One out of every five Americans doesn’t go online in the first place,” he said. “Twenty percent haven’t crossed the access hurdle, much less made the decision to join Facebook.”

How, I wondered, are all those people going to keep up with me?